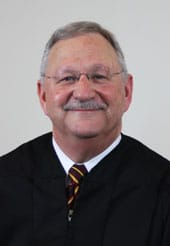 Dr. David A. Chandler will retire as commissioner of the Mississippi Department of Child Protection Services on Sept. 15.

“Dr. Chandler has done a remarkable job leading Child Protection Services,” Gov. Phil Bryant said. “He has dedicated himself to improving the lives of our most vulnerable children. Our foster care system has made significant progress under his direction, and I wish him the best upon his well-deserved retirement.”

Chandler said that while he will be stepping down, he will continue to help Mississippi families.

“Governor Bryant gave me an opportunity to serve the citizens of our state in the most meaningful way possible – working to secure the safety and well-being of our most vulnerable children,” Chandler said. “I now ask Governor Bryant to allow me to step aside from my official role as Commissioner, but remain committed to helping Mississippi’s struggling families cope with their daily challenges.”

Dickinson’s appointment will be effective Sept. 18.

Dickinson has served on the state Supreme Court since January 2004, representing District 2, Place 1. Prior to that, he was a Forrest County Circuit Court Judge.

“I am confident Justice Dickinson will build on the progress made at CPS,” Gov. Bryant said. “He has proven himself a compassionate and capable jurist, and that experience will serve him well in his new position. I am delighted he has accepted this appointment. Providing our foster children the care and treatment they deserve will remain my administration’s top priority the rest of my term.”

Dickinson has served on the adjunct faculty of William Carey College and Mississippi College School of Law, whose students elected him Adjunct Professor of the Year in 2009.