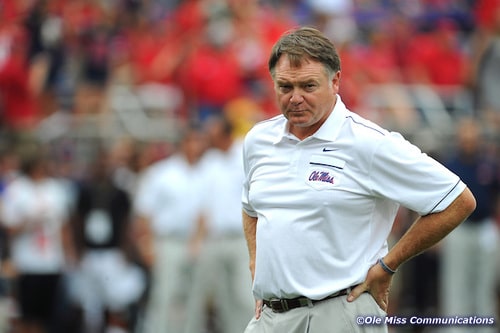 Former Ole Miss head football coach Houston Nutt has offered a settlement to Ole Miss in his suit claiming the university defamed him after leveling the blame of NCAA allegations on his staff and tenure (2008-2011.)

The settlement asks for a public apology and $500,000 for what Nutt calls “the creation of an integrity for college sports commission in Mississippi.”

The settlement assures Nutt does not seek financial gain.

Still, others think Ole Miss is not likely to settle on these terms.

Nutt’s suit alleges claims by the university’s athletics department violated a separation agreement between Nutt and the school.

Dickinson to take over as MDCPS commissioner