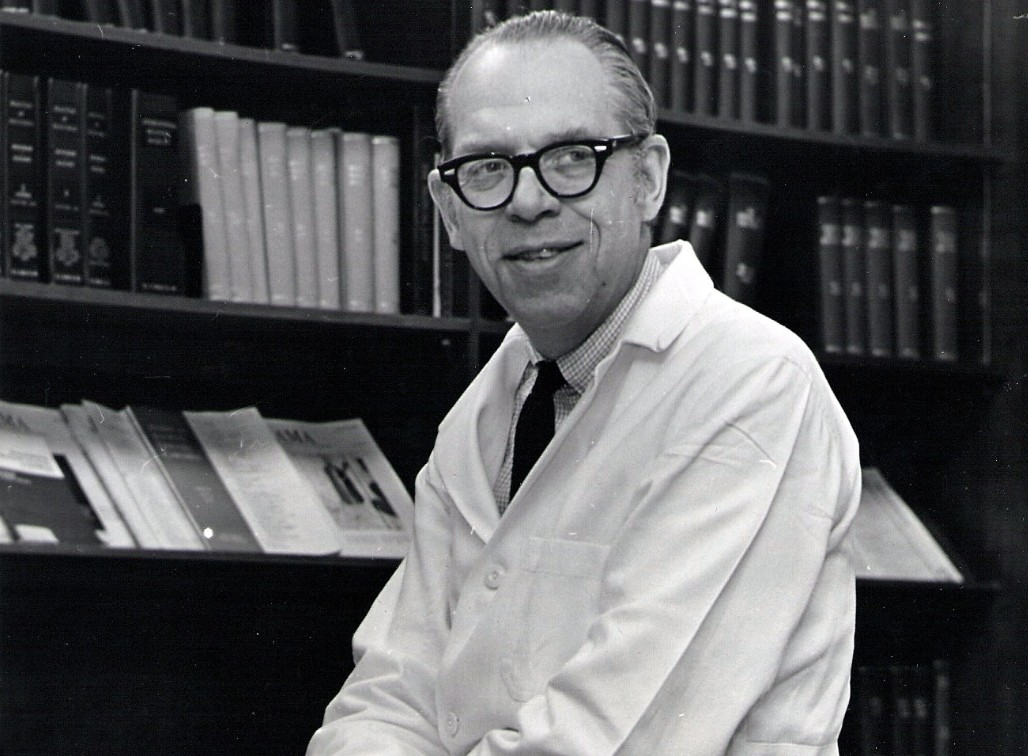 Dr. Blair E. Batson, the first chair of pediatrics at the University of Mississippi Medical Center in Jackson passed away at the age of 98 on Monday.

Dr. LouAnn Woodward, UMMC vice chancellor for health affairs and dean of the School of Medicine, said Batson’s importance to the health of children in the state “cannot be underestimated.

“He truly is the father of organized pediatrics in Mississippi,” she said, “and the lives of countless children in our state have been touched through his work.

“What a wonderful legacy.”

Batson’s successor as chair, Dr. Owen B. Evans, called him “a living archive of pediatric diseases and experiences.”

“And he was a role model for me in how to be a gentleman,” Evans said.

Born Oct. 24, 1920, Batson grew up in Pearl River County in the sawmill town of Orvisburg, where his grandfather, Ran Batson, owned the mill and his grandmother, Mary Bryan, was principal of the three-room, eight-grade school.  For three years of his childhood, at the start of the Great Depression, Batson and his family lived in West Point, where the local librarian, Lucy Heard, cultivated his lifelong love of books and learning.

He earned his B.A. and M.D. at Vanderbilt University, where he completed a residency in pediatrics.  While an undergraduate, he was president of the student council and of his fraternity, Sigma Chi.  He served as chief resident at Vanderbilt from 1949-50 and had a faculty appointment there from 1949-1952.

At 34, he was named chair of the Department of Pediatrics at UMMC just two months after the Medical Center opened its doors to patients in 1955.  He officially retired in 1989, although he still taught for years afterward.  During his long career, he taught more than 3,500 medical students and 240 pediatric residents.  Among those was the late Dr. Aaron Shirley, who, under Batson’s leadership, in 1965 became the first African-American learner in any program at UMMC.

Dr. Joe Donaldson, a former member of the pediatrics faculty, said Batson was “superbly trained” and read all the time.

“He had seen virtually every interesting pediatric case in Mississippi since 1955,” Donaldson said.

Another faculty member, Dr. Will Sorey, said Batson was “a wonderful teacher” who “knew infectious diseases, not from lab reports that we rely on now, but from clinical presentation.”

Batson was honored often for his contributions to the health of children in Mississippi.  He was the recipient of the 2000 Humanitarian of the Year tribute from the Epilepsy Foundation of Mississippi.  In 1996, he was selected Vanderbilt’s Distinguished School of Medicine Alumnus of the Year.  In 1995, he was inducted into the University of Mississippi Alumni Hall of Fame.

In 1997, the new children’s hospital was named the Blair E. Batson Hospital for Children in recognition of his lifetime contributions to the health of children in Mississippi.  A new addition to the hospital is currently under construction.

He was married twice, first to Dr. Margaret Batson, a distinguished pediatrician in her own right and member of the original pediatric faculty, and then to Blanche Batson, a well-known artist, both of whom are deceased.

A memorial service will take place in early 2019.  In lieu of flowers, the family requests memorial contributions be made to the Blair E. Batson Hospital for Children, c/o the UMMC Office of Development, 2500 N. State St., Jackson, MS 39216 or Friends of Children’s Hospital, 3900 Lakeland Dr., Suite 205, Flowood, MS 39232.