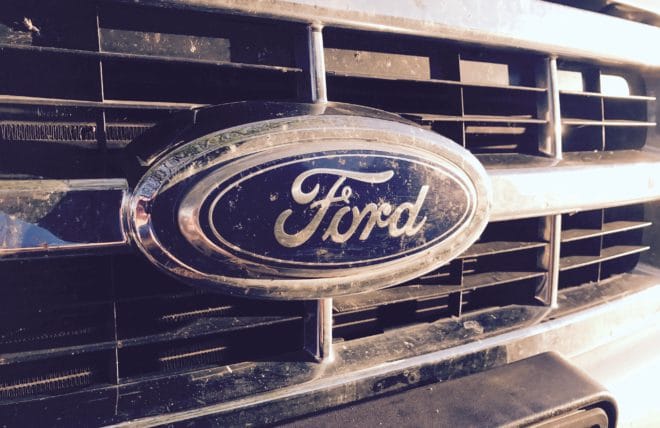 In affected vehicles, if a seat, seatback or seatbelt anchor attaching bolt fractures, the structural integrity of the seat or the seatbelt system’s performance may be compromised in a sudden stop or crash, increasing the risk of injury.
Ford is not aware of any accidents or injuries associated with this issue.

Dealers will replace affected bolts at no cost to the customer.
Affected vehicles include:

The recall involves approximately 116,796 vehicles in North America, including 94,605 in the United States and federalized territories, 20,681 in Canada and 1,510 in Mexico. The Ford reference number for this recall is 17S17.

As for the National Highway Traffic Safety Administration investigation into carbon monoxide leaks, Ford is taking action to help address the concerns of first responders driving Ford Police Interceptor Utility vehicles. Drivers of regular, non-police Ford Explorers have no reason to be concerned.

While there have been reports of exhaust odors in some regular Explorers, those instances are unrelated to reports of carbon monoxide described by some police departments. If a vehicle has such an odor, customers should bring it to a Ford dealer to address that issue.

Addressing specific concerns from Ford police customers, Hau Thai-Tang, executive vice president, Product Development and Purchasing said, “There is nothing we take more seriously than providing you with the safest and most reliable vehicles.”

Ford’s investigation into this issue is ongoing. However, the company has discovered holes and unsealed spaces in the back of some Police Interceptor Utilities that had police equipment installed after leaving Ford’s factory.

When a police or fire department routinely install customized emergency lighting, radios and other equipment, they have to drill wiring access holes into the rear of the vehicle. If the holes are not properly sealed, it creates an opening where exhaust could enter the cabin.

To address these concerns, Ford is announcing today it will cover the costs of specific repairs in every Police Interceptor Utility that may have this concern, regardless of age, mileage or aftermarket modifications made after purchase.