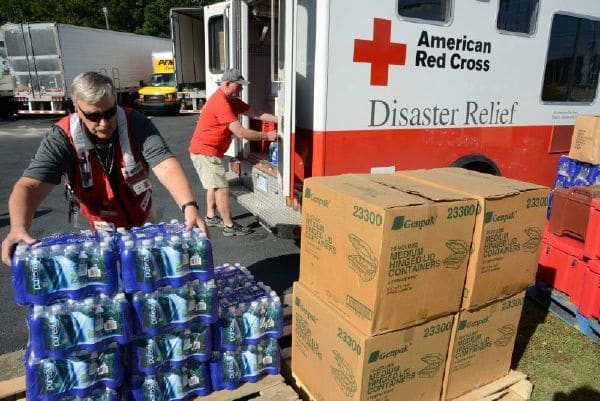 Courtesy of MS Red Cross. Photo by Daniel Cima for the American Red Cross
Following Black Friday and Cyber Monday, Giving Tuesday marks the kick-off of the holiday giving season through a global giving movement that inspires people to take collective action to improve their communities. Last year, millions of people in 98 countries came together to support charitable causes and helped to raise more than $177 million online to support a variety of organizations.
The American Red Cross is appealing to Mississippians to take part in Giving Tuesday on November 28 and give with meaning.  People can do this by making a financial donation to help a family who has lost everything in a home fire, by donating blood or platelets to help someone who is ill, or by volunteering.
The American Red Cross said that this Giving Tuesday is especially critical for them as it comes after a year of record-breaking and devastating disasters that left communities reeling and lives destroyed after the back-to-back hurricanes Harvey, Irma, and Maria, as well as, the most destructive week of wildfires in California history.
Last year, across Mississippi the Red Cross helped thousands of Mississippians affected by emergencies to help them get back on their feet and responded to nearly 1,850 emergencies in Mississippi.
In that year,  more than 58,680 meals and snacks were served, 8,939 units of blood from 10,300 donors were collected, 1,506 shelter stays for families were provided, and 4,788 services were given to military members’ veterans and families.
“Give with meaning this holiday season and join with people around the globe to make an impact on #GivingTuesday,” said the Mississippi Region’s Director of Communications, Tamica Smith Jeuitt.  “Every gift counts, no matter the size. Please consider making a financial donation, giving blood or platelets, or signing up to become a Red Cross volunteer today.”
previous post