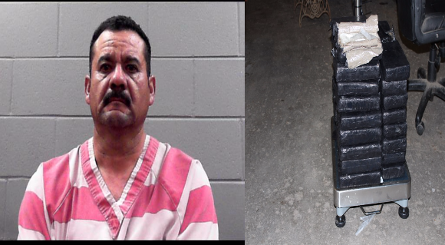 The driver was identified as Ernesto Reyes-Armendariz, and as he spoke Deputy Johnson became suspicious that the vehicle was being used to transport drugs. Reyes-Armendariz consented to a search of the vehicle and officers discovered 56.7 kilograms (125 lbs) of alleged cocaine hidden in the vehicle.

Reyes-Armendariz was placed under arrest for aggravated trafficking of cocaine and transported to the Rankin County Jail. He will be held without bond until his initial appearance before Rankin County Court Judge Kent McDaniel.

This seizure would sell on average for $25,000 per kilo or $1.4 million on the streets. However, some areas of the country are able to sell it for even more.

Tonight: Opening night for the Mississippi Braves and Biloxi Shuckers