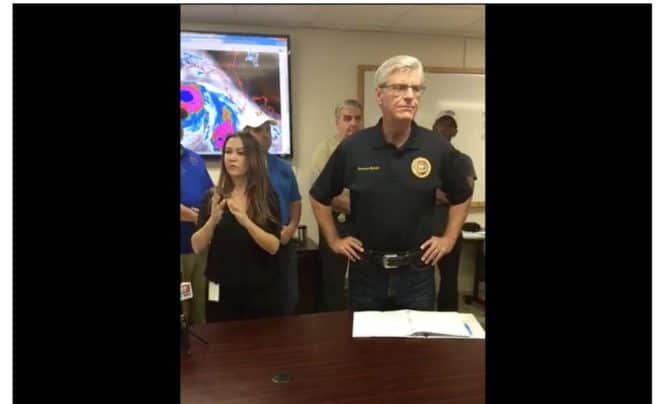 Hurricane Nate rocked the Mississippi Gulf Coast as the storm waded onto shore for a second time near Biloxi around 12:30 Sunday morning.

Wind gusts upward of 70 miles per hour were recorded at Keesler Air Force Base.

According to MEMA, Jackson County received the brunt of the damage. Ten feet of storm surge rolled up from the shore, crossing US Highway 90, with winds causing some damage as well.

At one point, cars in parking lots were floating at the Hard Rock casino in Biloxi.

MDOT has divided Highway 90 into three cleanup areas, and have asked motorists to avoid using the beach boulevard. Officials especially ask sight-seers to resist the urge to visit the area.

According to MEMA, more than 40,000 people were out of electricity at the height of outages. Crews are rolling today to restore power.

Debris from piers is being collected after the rising water spread splintered planks and nails across beaches and roadways.

Governor Bryant hailed the efforts of law enforcement, the National Guard, first responders and residents as the Gulf Coast leaned into the brunt of the storm.

MEMA chief Lee Smithson bragged on the leadership of county and city officials who drove home the message of staying off roadways as the storm approached.

Damage assessments will continue over the next several days. More information will be available later today.