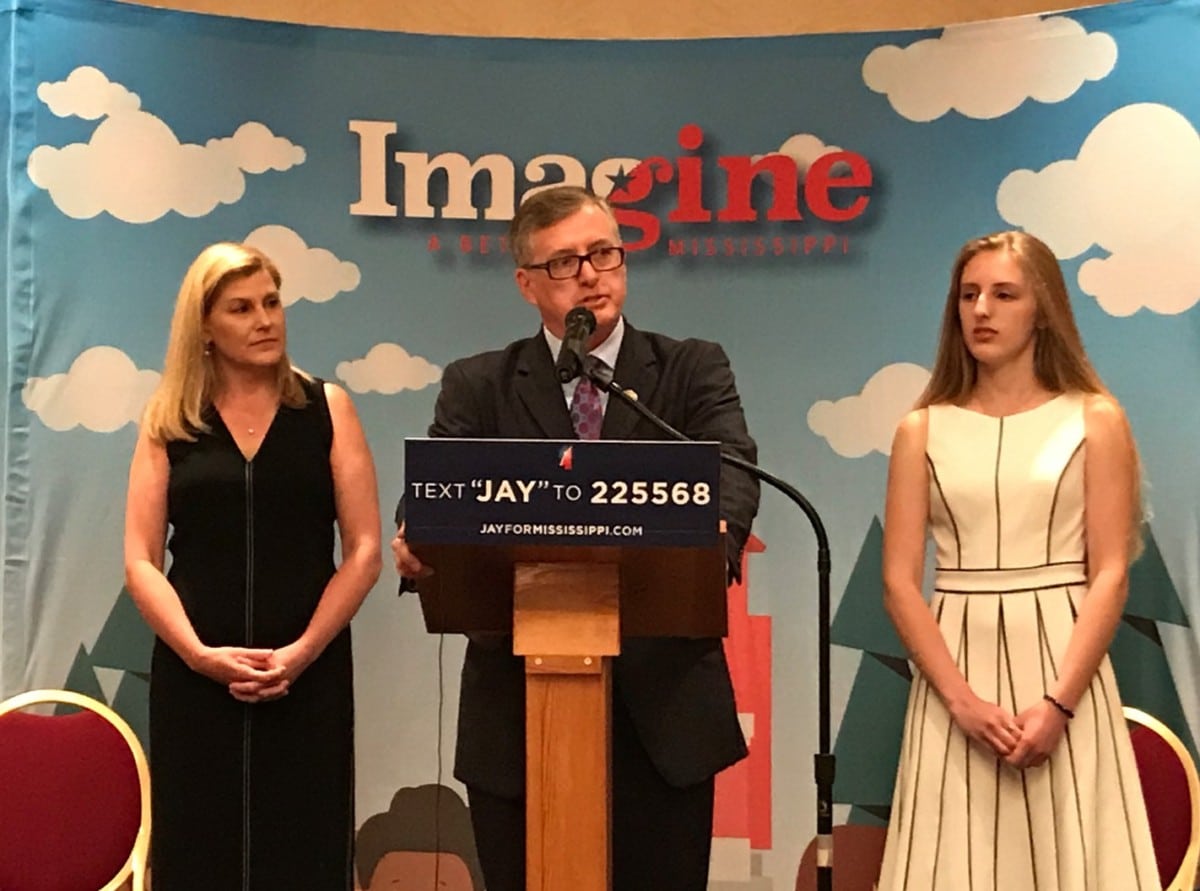 Representative Jay Hughes traveled to different parts of the state yesterday after he announced his plan to run for Lt. Governor in the 2019 race.

He started in Jackson and went to Biloxi, Hattiesburg and Meridian to share his announcement speech.

Hughes said he wants to bring to our state capitol a priority for public education, balance, common sense, open doors and transparency.

He said his highest priorities are the public education and true earning skills for all Mississippians.

“What you will get in return is the right to make Mississippi the absolute best it can be, and it all starts with education,” said Representative Hughes.

Hughes told the residents of Jackson that we have a problem, and we must acknowledge problems and find solutions.

“Ladies and gentlemen this isn’t a career-it’s a calling, it isn’t a position- it’s a passion and it isn’t about me- it’s about our future,” said Representative Hughes.

He ended by saying that it’s time to have a person in charge of Mississippi, instead of a party.

His whole speech can be viewed here.