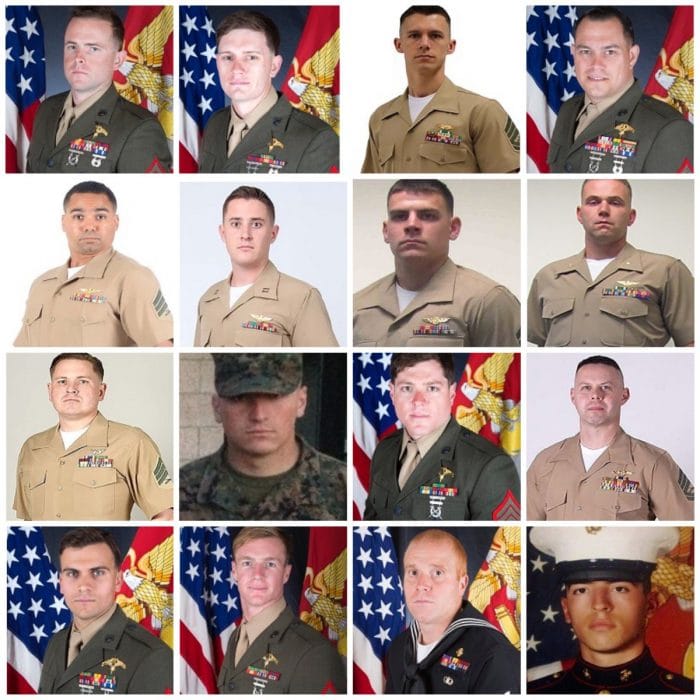 On July 10th, 2017 an air force KC-130T, call sign Yanky 72, crashed in the Mississippi Delta. Now military investigators have found the cause of the crash.

According to multiple reports, it was bad maintenance practices at a Georgia Air Force base that missed a deteriorating propeller blade in 2011. It then broke off six years later over a Mississippi soybean field causing the plane to break into pieces and crash, ultimately killing the 15 U.S. Marines and one Navy Corpsman on board the aircraft.

According to a redacted military report obtained by the Military Times, The U.S. Air Force, Warner Robins Air Logistics Complex, and the U.S. Navy are to blame for negligence resulting in the fatal crash.

Yanky 72 was one of the last KC-130Ts still flying and was set to be retired in a few years. Immediately following the crash, all Navy and Marine Corps C-130s were grounded and now 43 aircraft have or will be receiving new propellers.

According to the military report, a copy of the investigation was sent to the Department of the Air Force; Deputy Commandant for Aviation; Director, Commandant of the Marine Corps, Safety Division; Commander, U.S. Marine Corps Special Operation Command; and Commanding General, 2nd Marine Logistics Group for their review and action.

The Military Times writes that after coming off the second propeller, the cracked blade sliced through the port side of the aircraft and lodged into the interior of the right side of the plane. 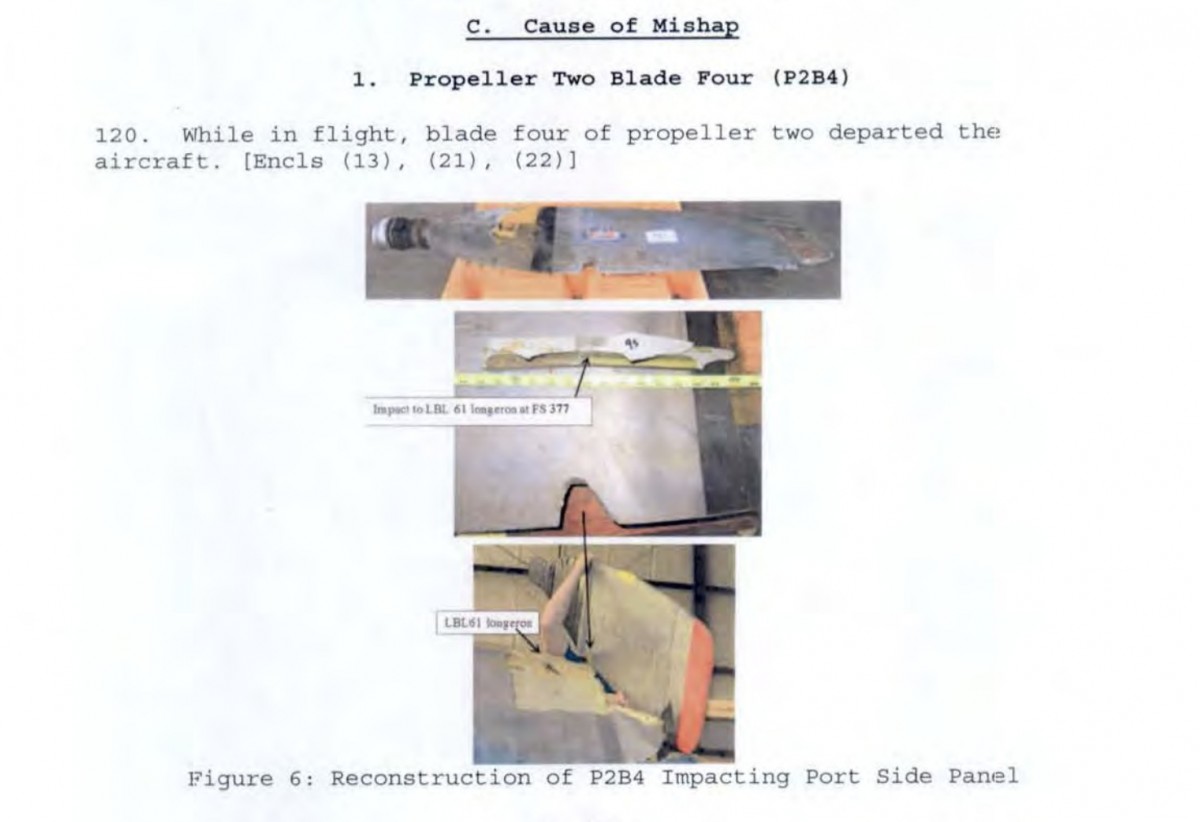 Investigators wrote that energy reverberated through the aircraft, causing the third propeller to detach and slam into the starboard horizontal stabilizer, knocking most of the stabilizer off.

“This impact caused the skin of the aircraft to separate along the starboard side. The energy transferred from P2B4’s impact through the structure of the airframe also caused an overload condition of propeller three’s drive shaft,” the report states. “This resulted in its associated reduction gearbox assembly (RGA) failing and the separation of propeller three from the aircraft. Propeller three then momentarily embedded into the upper right section of the fuselage. After which, it continued over the aft starboard section of the fuselage and impacted the starboard horizontal stabilizer separating a significant portion of the stabilizer from the aircraft. As a result of these events, the MAC split into three primary sections: the cockpit, the rear fuselage, and the 19′ 4″ section in between (where the passengers were sitting), which explosively disintegrated into multiple pieces.” 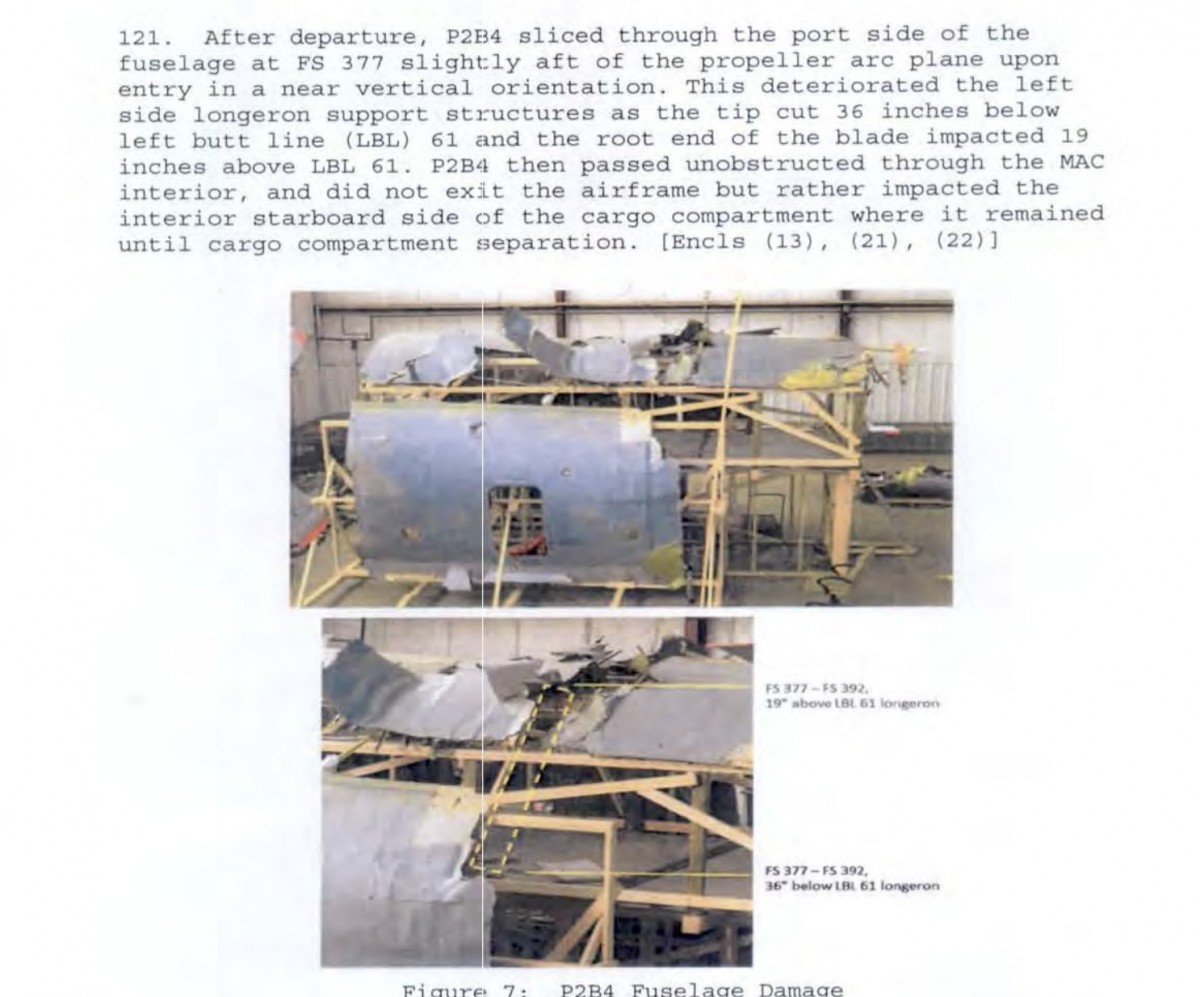 RELATED: Fallen servicemen to be honored during ceremony

The investigation into the crash suggests that the flight crew and passengers did not suffer for long and they could do nothing as the plane plummeted to the earth, disintegrating into pieces around them.

“The overwhelming physiological forces experienced by the aircrew and severe physical forces applied to the structural integrity of the aircraft as the instantaneous catastrophic sequence of events unfolded, resulted in the aircrew and passengers suffering the following conditions at altitude : shock, disorientation, inadvertent physical responses, rapid onset of below freezing conditions and near impossible crew communication,” the report states. 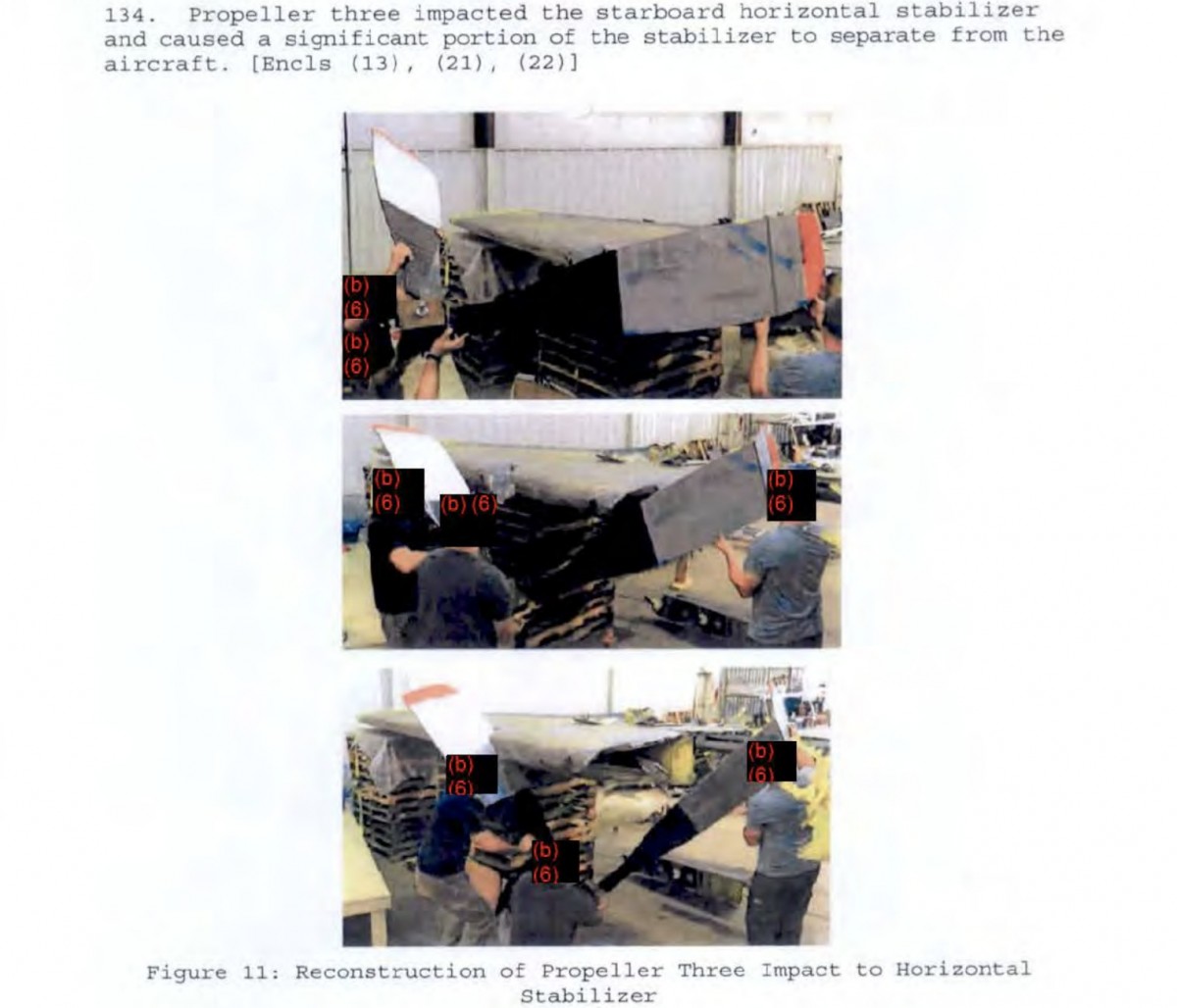 As for the negligent practices, the report finds that there was poor procedural compliance, a lack of adherence to publications and an ineffective quality control program at Warner Robins coupled with insufficient oversight by the U.S. Navy which results in the propeller blades being released for use on Navy and Marine Corps aircraft.

The Military Times writes that in response to the crash and a closer inspection of the Warner Robins facility, the Air Force halted blade maintenance operations on Sept. 2, 2017.

The corroded propeller blade that set off the mishap last went through an overhaul in 2011 by Warner Robins Air Logistics Complex according to the investigation, however, records are not kept by Warner Robins after two years. 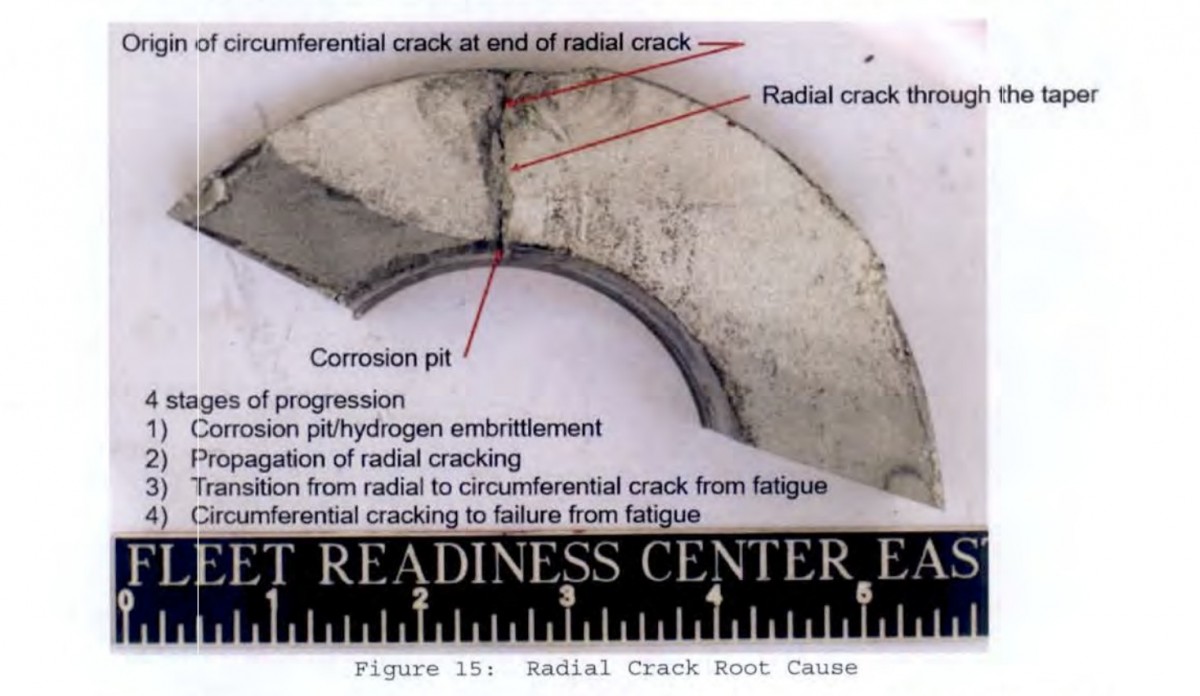 According to the Military Times: Under the terms of a 2009 agreement between the Navy and Air Force, which sets up the complex’s obligations for C-130 propeller overhauls for other services, the Navy should have conducted periodical audits of Warner Robins’ work.