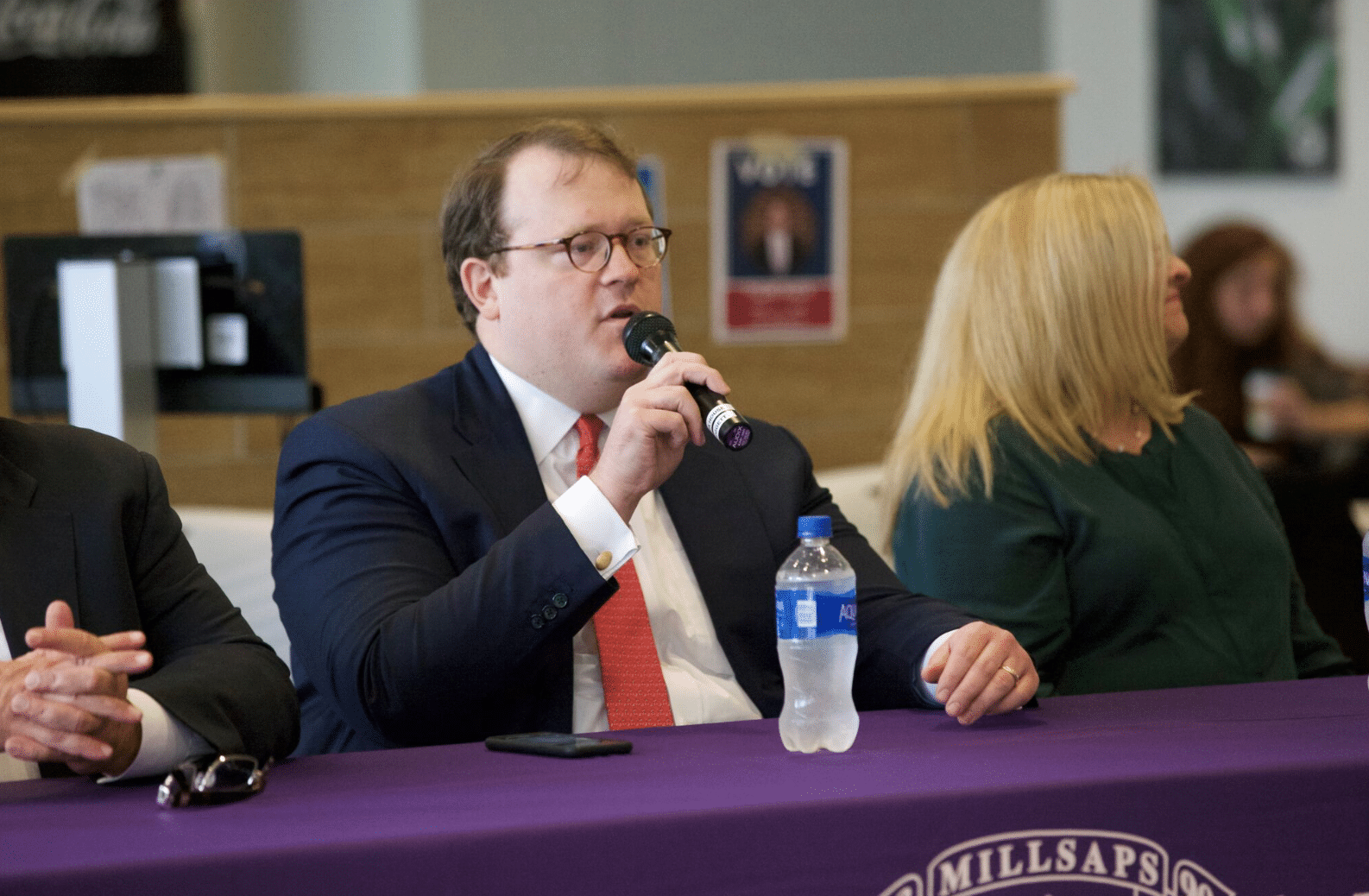 News Mississippi sat down with Lucien Smith, Chairman of the Mississippi GOP to talk about the current legislative session and the upcoming Senatorial race.

After the bill to rewrite Mississippi’s public education funding formula was killed by the Senate there have been talks of a special session dedicated to fixing the current student funding formula, and while Governor Bryant said he would only consider it if the Lieutenant Governor and Speaker of the House were to request a special session, Smith said that Republicans are committed to properly education youth in Mississippi.

“There is a focus rather on the quantity of money on the quality of outcomes and the quality of opportunity,” Smith said. “We’ve seen charter schools, the third-grade reading gate, educational savings accounts for those who have special needs, all expanded.”

Smith said that when it comes to Infrastructure in Mississippi, he believes the Republicans are committed to making sure that everyone comes to a mutual agreement to ensure that Mississippi’s roads and bridges will receive the much-needed repairs.

“One of the things the Governor said is that he wants to finalize the details once they have greater information coming from the White House, but I think that you’ve got good support at every level of the government coming from Republicans for taking care of infrastructure and I know that we are going to come up with a good plan that does that.”

Smith also touched on the retirement of Thad Cochran saying that he will be sorely missed in Washington.

“He was conservative but not mad about it,” Smith said. “I think you would be hard-pressed to find a bigger force for good in the state of Mississippi. I commend him on a career well-spent in service to the state.”

While Governor Bryant has yet to appoint anyone to take over for Cochran, Smith said he believes whoever ends up filling the seat will be in a strong position to win the seat during the special election in November.

“At the end of the day, Mississippians recognize that the Democratic party is out of step with Mississippi values and voting for a Democrat in November is voting to advance the Chuck Schumer, Nancy Pelosi, Hillary Clinton agenda, and that’s not what Mississippians are for,” Smith said.

Third suspect in Frazier murder to be tried as an adult