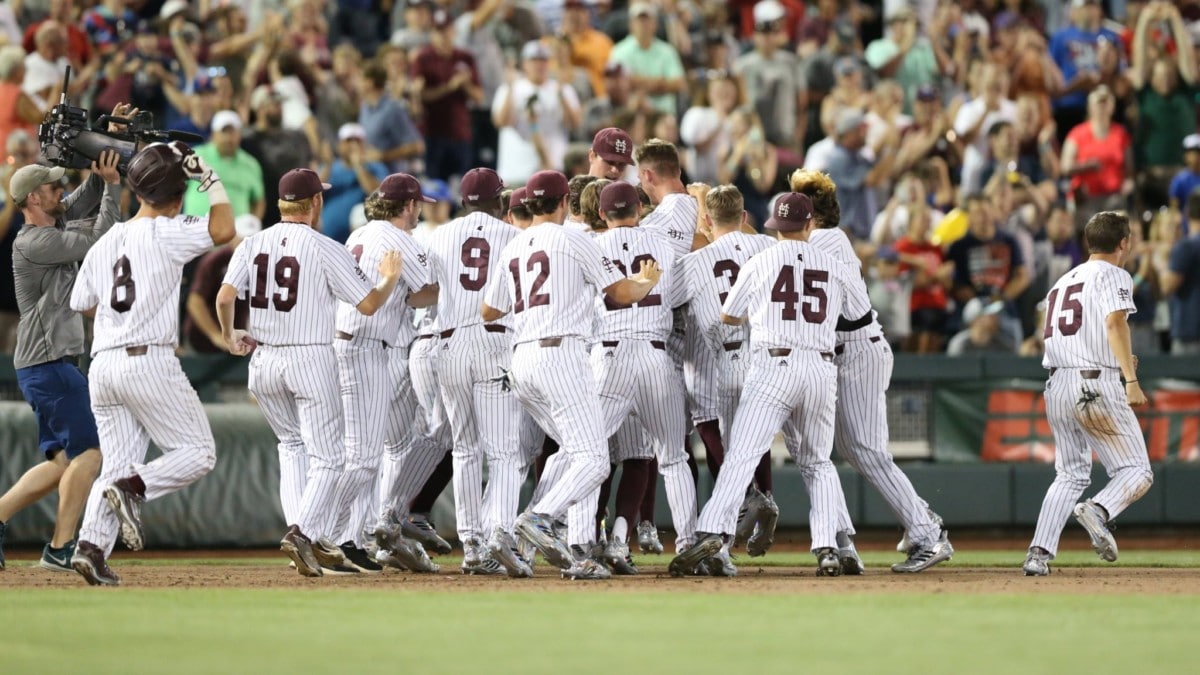 The wild ride for Mississippi State continues. A walk-off base hit from Luke Alexander gave the Bulldogs a 1-0 win over Washington in their first game of the College World Series.

How do they keep doing this?! ?

Mississippi State now has won with a walk-off in the Regional, Super Regional, and the College World Series, giving legitimacy to the now-famous ‘rally banana.’

In what was a scoreless game headed into the bottom of the 9th, Hunter Stovall got things going with his third hit of the night. Elijah MacNamee already has two walk-off home runs this postseason, and while his hit in the 9th stayed in the stadium, he kept the rally going. A poorly executed bunt from Justin Foscue was the first out of the inning, but Alexander would end the game soon after. For a team that’s had a lot thrown their way, Alexander knows that there’s no quit in the Bulldog squad.

“We’ve been through a lot this year. When situations like that come up, we as a team have complete confidence in whoever is at the plate they’re gonna make it happen,” the SS told hailstate.com after the game.

Before the 9th, a pitcher’s duel was the storyline as Ethan Small stepped on the hill for MSU. The Huskies threatened in the 3rd and were able to load the bases, but a double play got State out of the jam without allowing a run. Small, who took a liner off of his leg at one point, pitched 7.0 innings while allowing just four hits. JP France, Cole Gordon and Zach Neff combined to go the rest of the way and closed things out for MSU.

Washington’s Joe DeMers was equally as impressive, going 7.1 innings without allowing a run. Alex Hardy came in to try and keep the Bulldog offense down, but he was unable to do so.

Next up for MSU will be #6 North Carolina after they beat #3 Oregon State 8-6 in the first matchup of the day. First pitch for that matchup will be at 7 p.m. on Monday night.