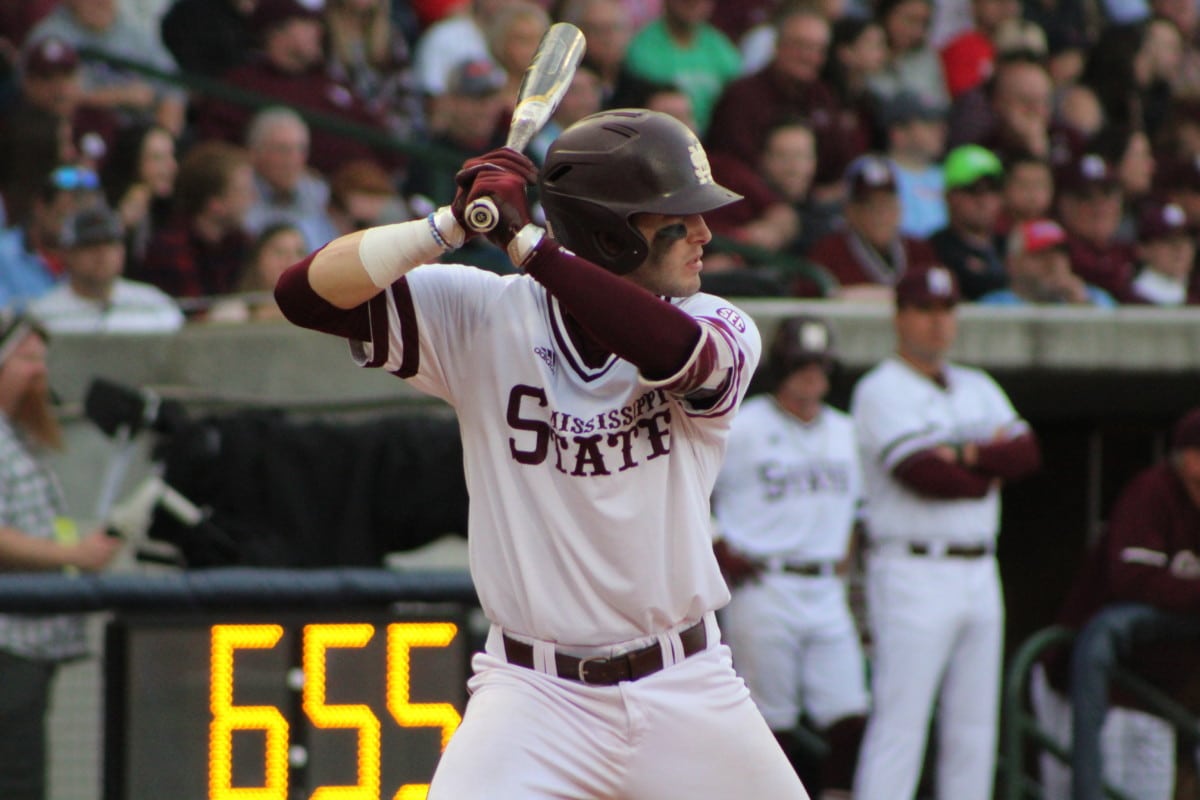 It’s the weekend that Bulldog fans have been waiting for since 2013.

The Bulldogs are in Omaha for the College World Series, and they’ll open things up against the Washington Huskies tomorrow night. While just making it to this point is an achievement, MSU doesn’t look to be a team that’s just happy to be there.

All throughout the NCAA Tournament, MSU has had their backs against the wall, but they’ve responded every single time. They’ve won 5-straight elimination games in the tournament, and at one point, they were down to their last strike before Elijah MacNamee’s walk-off HR against Florida State. MacNamee would play the role of hero once again in the Vanderbilt Super Regional with another walk-off home run.

An 11-inning thriller sent the Bulldogs to Omaha, and after losing their head coach to start the season, this team has had just about everything thrown their way, and they’ve handled it. With that mentality, there’s no reason that State can’t be the last one standing in the 2018 College World Series.

While several Bulldogs are on a tear at the plate in recent weeks, for MSU, it all starts with Jake Mangum. The leader of this Bulldog squad shows up when it matters the most. He’s played in the NCAA Tournament each year and currently holds a tournament average of .348.

On MSU’s side of the bracket, they may have gotten the most favorable matchup. With nationally seeded #6 North Carolina and #3 Oregon State, they’ll face the Huskies, who entered post-season as the lowest RPI (63) at-large team to receive a bid. This is the Huskies’ first time making it to Omaha in program history, so time will tell if the lights are too bright for Washington.

Heading into the matchup MSU and Washington are the only two teams to reach the College World Series by playing the NCAA Regional and Super Regional rounds on the road, so both teams know what it’s like to be the underdog.

The best segments from Friday’s Head to Head