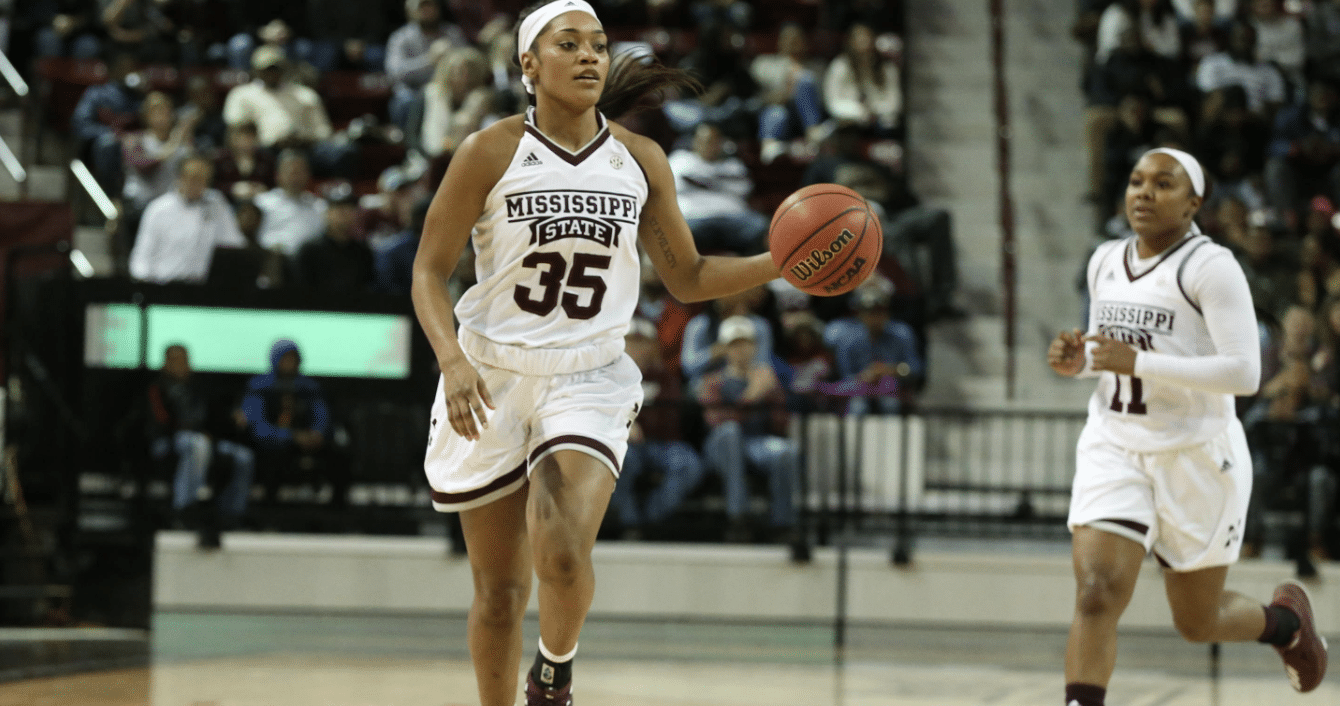 After a remarkable 4-year run at Mississippi State, Victoria Vivians is on her way to the WNBA.

Vivians was selected by the Indiana Fever with the 8th overall pick in last night’s WNBA Draft, and becomes the 6th MSU player taken in the program’s history. Vivians led the Bulldogs in scoring this season averaging 19.8 points per game, and she finished with 2,527 points in her career, which is the second-most in Bulldog history.

After her name was called, Vivians spoke with FeverBasketball.com and detailed what it is was like waiting for her name to be called.

“I was nervous, I was shaking the whole time,” Vivians said. “When I figured out that it was my time, my heart started pounding. I could see it through my dress it was pounding so hard.”

As MSU fans can attest to, Vivians says that Fever fans can expect a hard-working player that’s ready to win.

“They can expect an all-around game,” Vivians said. “I came from a defensive school so I’m not worried about defense. Whatever coach wants me to do I’m ready to do it. Anything they need I’m ready.”

During her time at MSU, Vivians was an instrumental part of of the winningest class in Mississippi State history, which reached consecutive national championship games. This year, Vivians was named a member of the NCAA All-Final Four Team, and throughout her career, she earned several other honors. The Carthage native became the first Bulldog since 2003 to be named Associated Press First Team All-American. MSU head coach Vic Schaefer has enjoyed watching Vivians’ journey and wants to see her thrive with her new team.

“We are so happy for Victoria and her family,” Schaefer said. “To be a Top 8 pick in the WNBA Draft is so special. So much hard work and commitment goes into a day like today, from the early days of playing with her brothers and cousins on the dirt outside, to playing for Chad Harrison at Scott Central, to her choosing to stay at home and play for her state school Mississippi State. We all can share in our pride that we have for Victoria. The great State of Mississippi can be proud of Victoria. She is going to a great team that is so excited to get her. She will be a tremendous fit for them.”

Vivians also got a draft day shout out from rapper Lil Wayne, as she has signed on with his agency, Young Money APAA Sports & Entertainment.

Vivians becomes the highest draft pick from MSU since Tan White was selected by the Fever back in 2005.