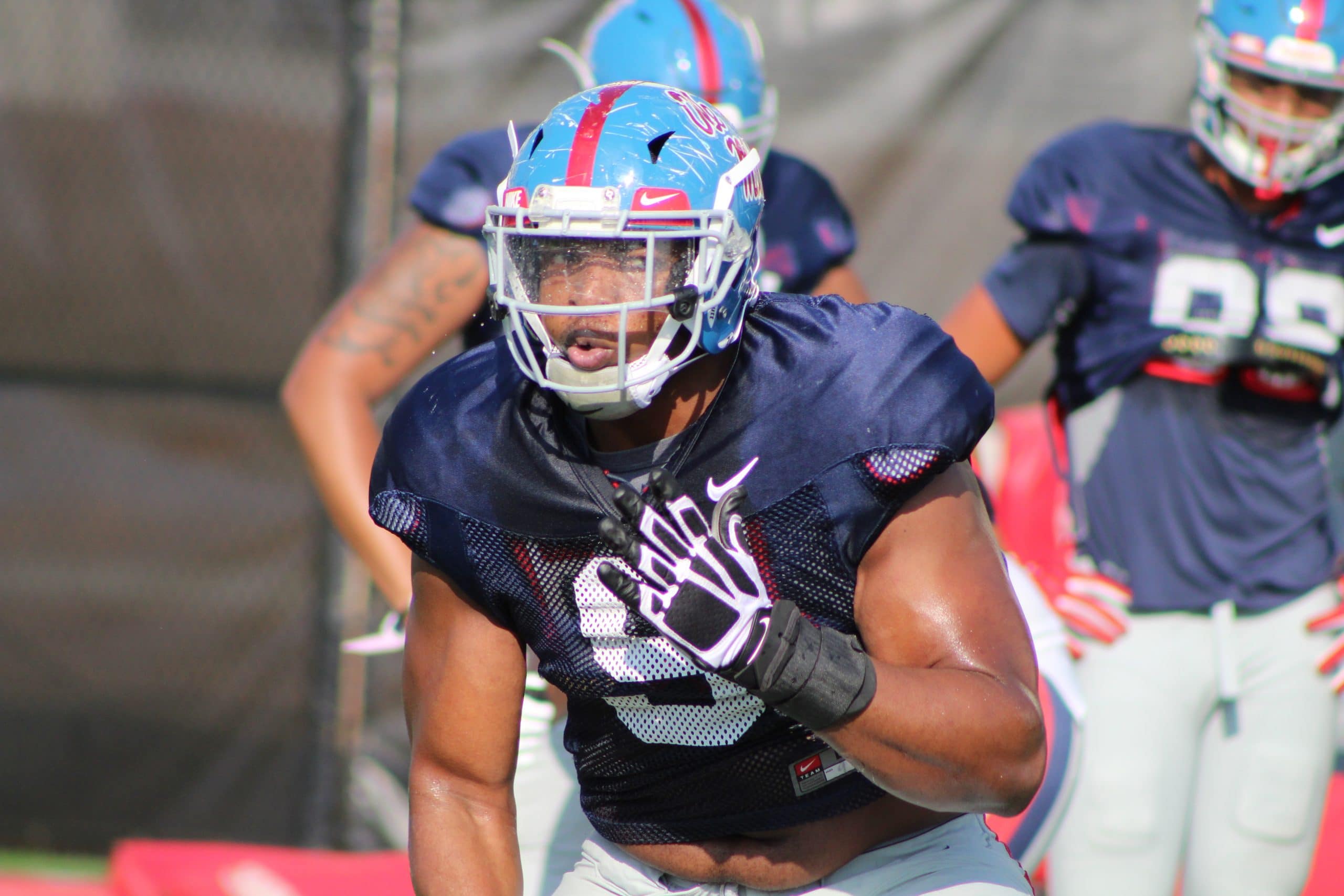 Breeland Speaks, a leader on the Ole Miss defense line, has announced that he will forgo his senior season to declare for the 2018 NFL draft. Speaks’ final game in a Rebel uniform, was one of his best – until he was ejected late in the game. The 6’3 285-pound DL finished with a sack, 4 solo tackles, a fumble recovery and a wave to the camera that took over social media.

Speaks’ decision was announced by the University, and in a statement, the Jackson native gave thanks to the fans and the Ole Miss brass.

“After discussing it with my family, I have decided to forgo my senior season and enter the 2018 NFL Draft. There are so many people I want to thank including Chancellor Vitter, Mr. Bjork, Coach Luke, the coaching staff, my teammates and everyone at the university for an awesome four years. Most of all, I thank Rebel Nation for the incredible support they gave me from day one. I was proud to Lock The Vaught every Saturday in my home state, and now I look forward to representing Ole Miss at the next level,” Speaks said.

Head coach Matt Luke commented on Speaks’ decision by saying that he has watched his growth both on and off the field since he came to Ole Miss. Luke also praised Speaks on his ability to help lead the program through the troubled times over the past few seasons.

“I have seen Breeland grow as a person and a player over the last four years, and we’re excited to see him take this next step in his career. I am particularly proud of the leadership he brought to our team amidst the challenges we faced. He is a true Rebel, and we look forward to watching him continue our program’s rich NFL tradition,” Luke said.

Speaks was named to the AP All-SEC 2nd team following the 2017 season, during which he finished with 6 sacks, 67 total tackles (2nd on team), and 8 QB hurries.