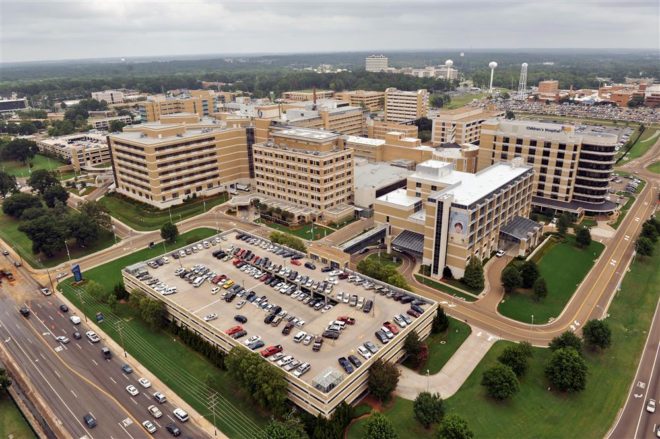 JACKSON, Miss. – The public is invited to tour the new $74 million School of Medicine building on the University of Mississippi Medical Center campus during a community open house, 9 a.m. to noon, Saturday, Aug. 5.

Visitors should enter the campus on Peachtree Street from Lakeland Drive and park in Visitor Lot D. The self-guided tours will include hosts on each of the building’s five floors.

The 151,000-square-foot facility provides medical students with a single, purpose-built home, something they have not had for years on the Jackson campus.

A ceremonial groundbreaking for the new building was held on Jan. 7, 2013, and was attended by Gov. Phil Bryant and other elected officials.

The building replaces a school housed in the original Medical Center complex which opened in July 1955. Over the years, the school evolved into a fragmented network of classrooms, labs, administrative offices and other facilities.

The new School of Medicine’s dimensions and cutting-edge technology allow for a boost in the size of each entering class – from about 145 to 155, with plans to eventually top off at approximately 165.