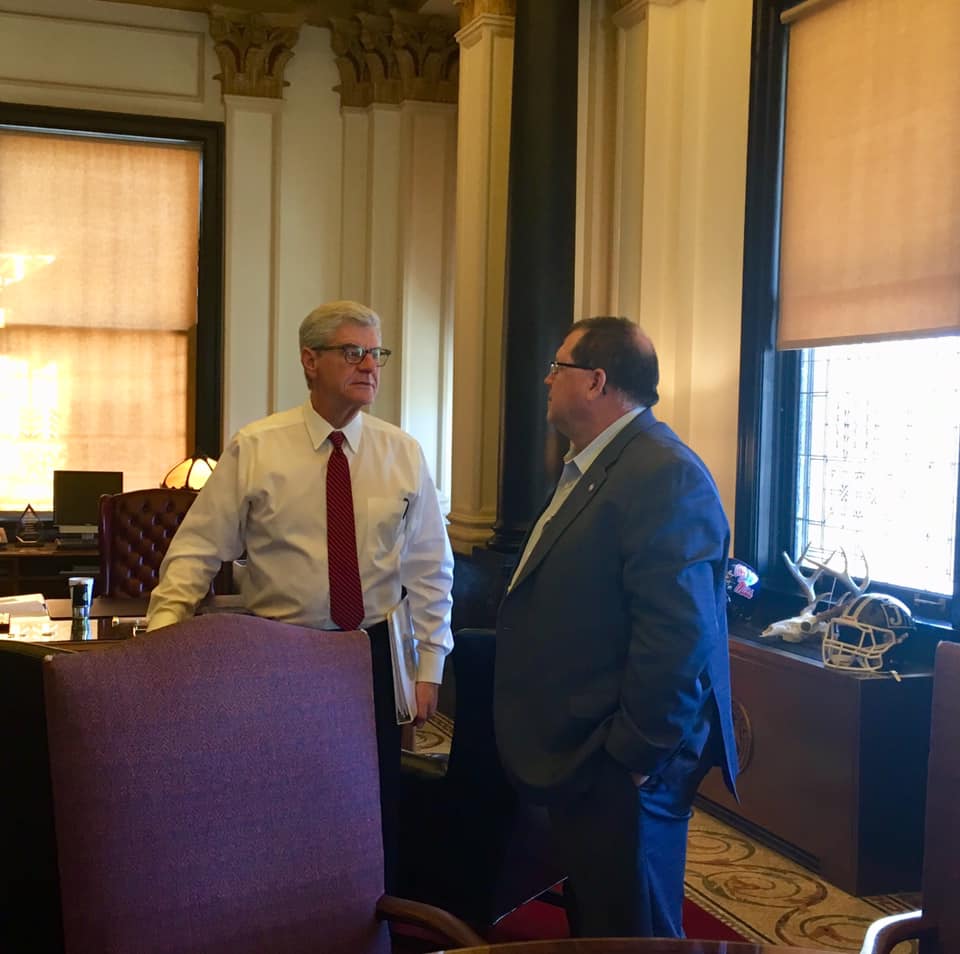 Photo courtesy of the City of Pascagoula.

Pascagoula leaders are requesting two tax increases from the state legislature. Mayor Dane Maxwell along with some of Pascagoula’s city leaders met with Governor Phil Bryant this week to talk about their legislative agenda.

After a $14 million deficit was uncovered by an audit last summer, Pascagoula’s leaders are asking for a raise in taxes to help get the city’s budget back in order.

In a release, Mayor Maxwell offered context for the proposed tax raises saying the City Council unanimously passed their 2019 legislative priorities at their Dec. 18, 2018 meeting after an in-depth discussion on the proposals with local legislators at the previous meeting. Below is a breakdown of the two tax

In addition, the city asked for the legislature to amend the date of the municipal elections in Mississippi for all municipalities to allow for candidate qualifying from January to March in the prescribed year for such elections, with party primaries in August and the general election in November of the same year, and elected officials to be seated and sworn-in the January following the November election.

The resolution says that there is currently an unreasonable time for newly elected municipal officials to work out a legally balanced budget by September 15th.

“This change would allow sufficient time for these newly elected officials to vet and audit the municipality’s finances prior to adopting a budget,” the resolution reads.