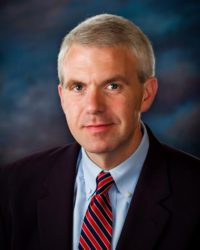 The Northern District of Mississippi Commissioner Brandon Presley has been appointed to the National Association of Regulatory Utility Commissioners.

He was appointed to the NARUC by the President John Betkoski III.

“I’m quite pleased to welcome Chairman Presley, as he will be a strong asset to the NARUC Board. His record of leadership and commitment to NARUC members is both impressive and substantive,” said President Betkoski. “Moreover, he takes a thoughtful, reasoned approach to serving the public interest.

Presley is also serving as the vice chair of NARUC’s Natural Gas Access and Expansion Task Force and also serves on the association’s Committee on Gas and Committee on International Relations. He is the immediate past chairman of NARUC’s Consumer Affairs Committee and currently serves on the advisory committee for the New Mexico State University enter for Public Utilities.

“I’m honored and excited to be appointed to serve as member on the NARUC Board of Directors.” said Chairman Presley. “NARUC’s nationwide mission of improving the quality and effectiveness of public utility regulation is vitally important to America as the industry changes and meets future and present. I thank my friend, President Jack Betkoski for this leadership role on the NARUC Board in this important time in public industry.”

McGee sworn in as Mississippi House Representative of District 102

Tindell to be sworn in to Mississippi Court of Appeals