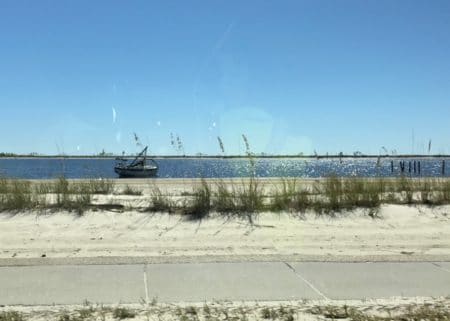 Mike Hurst, the United States Attorney for the Southern District of Mississippi, along with the Moss Point Police Department, the Bureau of Alcohol, Tobacco, Firearms and Explosives, the Jackson County Sheriff’s Office, the local District Attorney’s Office, and other federal, state and local law enforcement agencies, announced the expansion of an initiative to combat violent crime called “Project EJECT” into Jackson County and the City of Moss Point.

Launched by the U.S. Attorney’s Office for the Southern District of Mississippi in December 2017 in the City of Jackson under the U.S. Department of Justice’s Project Safe Neighborhoods (“PSN”) initiative, Project EJECT is designed as an enhanced violent crime reduction program that incorporates decades of experience in bringing various levels of law enforcement together with stakeholders in the community, with the overall goal of producing a long-term, meaningful reduction in and prevention of violent crime.

In expanding the initiative into other parts of the Southern District of Mississippi, Project EJECT now stands for: “Empower Justice Expel Crime Together.”

“We are excited about the potential for this successful crime fighting initiative to help the citizens of Moss Point and Jackson County. By working together with our law enforcement and community partners, Project EJECT will effectively address this increase in violent crime and make our neighborhoods safer. The message to violent criminals is simple – if you violate our laws and terrorize our neighborhoods, you will be ejected from our community,” said U.S. Attorney Hurst. “In the federal system, we will immediately lock you up, we will move to detain you without bond, and you will serve a significant prison sentence without parole. But, we will also seek to prevent crimes before they occur and will work with offenders to help them get back on their feet. At the end of the day, we all want safer communities.”

The mission of Project EJECT is to reduce violent crime and make Moss Point neighborhoods safer for all to enjoy. Part of the project will include discussions with the public and encouraging communities to help law enforcement in this effort, as well as communicating to the criminals that they will be prosecuted and punished for gun crimes and violent crimes.

The Project will also seek to support locally-based efforts to stop violence and crimes before they occur and to help those who have been punished to reenter society as law-abiding citizens.

For the first time ever, the U.S. Attorney’s Office is specifically dedicating an Assistant United States Attorney in Gulfport to prosecute violent crime in the City of Moss Point under this project.

Project EJECT follows a directive from former U.S. Attorney General Jeff Sessions to the U.S. Department of Justice to reinvigorate DOJ’s Project Safe Neighborhoods with the intent to reduce the rising tide of violent crime in America. Project EJECT is the Southern District of Mississippi’s PSN initiative specifically tailored to address violent crime throughout the district.

In December 2018, at the 2018 Project Safe Neighborhoods (PSN) National Conference, Acting Attorney General Matthew Whitaker presented the U.S. Attorney’s Office for the Southern District of Mississippi and its law enforcement partners with the award for Outstanding Overall Partnership/Task Force for Project EJECT. Only 16 awards were given during the annual PSN National Conference, which recognize individuals and groups for their dedication and contribution to the success of PSN. Project EJECT was one of only two recognized as the best partnerships or task forces in the nation.