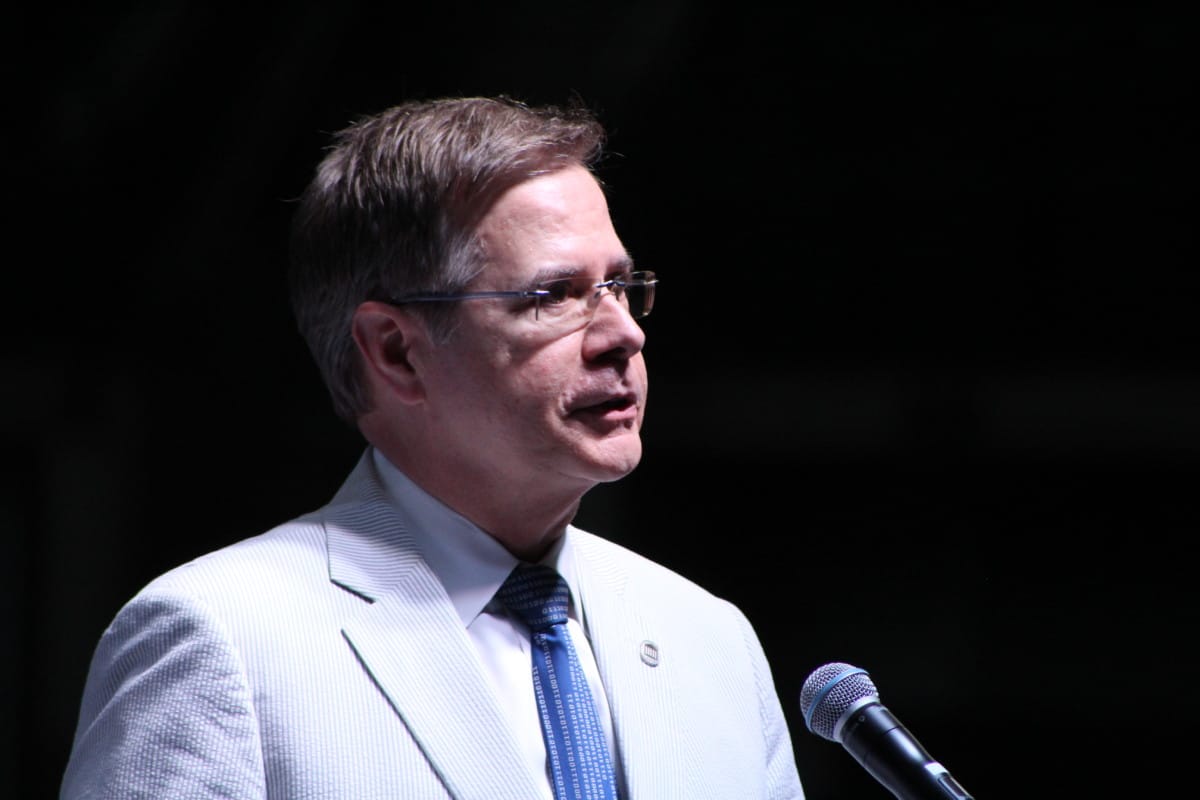 The University of Mississippi will now begin the search for new Chancellor after Jeffrey Vitter has resigned.

In a statement following the reports of his decision, Vitter did not give a specific reason for his resignation. He did state that he is proud of the University’s growth during his time as Chancellor.

“It has been an extraordinary honor and privilege to serve as the leader of the University of Mississippi during a time of great progress and accomplishment,” Vitter said. “Being the flagship university is not just a designation, it is a responsibility — to transform lives, communities, and the world. I am gratified that we have grown dramatically in impact, stature, and commitment in the past three years. We are stronger academically, enjoy more support in private giving and research funding, and engage more proactively with the world around us. In addition, we are a more diverse community with a more visible dedication to inclusion and civility.”

Vitter will serve as the Chancellor until January 2019.

The IHL has confirmed early reports that Vitter will remain on staff as a faculty member at Ole Miss. Vitter will serve as a tenured Distinguished Professor in the School of Engineering’s Department of Computer and Information Science.

“There is no more important role on a university campus than as a faculty member,” Vitter said. “I am excited about the opportunity as a faculty member to advance the university’s research and academic excellence. Both Sharon and I will remain strong citizens of Rebel Nation.”

Vitter’s tenure didn’t last long as he took over in January 2016 following the messy departure of former Chancellor Dan Jones.

Governor Bryant has chimed in on Vitter’s departure and stated that while he doesn’t know the specifics surrounding the situation, he is confident that the IHL Board will find a strong replacement.

As recently as 6 months ago, rumors swirled that Vitter’s contract would not be renewed by the IHL Board of Trustees, but the University rebuked the rumor at the time.

An interim replacement for Vitter has not yet been named.