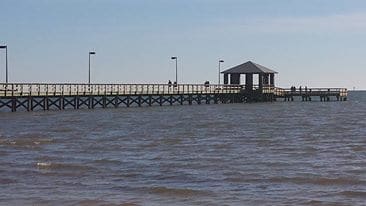 The state Senate has passed legislation to set aside dollars from the BP settlement for projects along the Gulf Coast.

The bill authored by Senator Brice Wiggins, from Pascagoula, creates the Gulf Coast Restoration Reserve Fund, which would hold the money separate from general tax dollars. The bill was co-authored by Sens. Tommy Gollott, of Biloxi, Mike Seymour, of Vancleave, Philip Moran, of Kiln, and Joel Carter Jr., of Biloxi.

“I want to thank my Senate colleagues for once again supporting the citizens of the Gulf Coast for taking prompt action on BP bill,” said Senator Brice Wiggins. “To have this be the first bill to receive Senate floor action speaks to its statewide support and the desire to spend the money where the damage occurred. I am grateful to Lt. Gov. Reeves and Appropriations Chairman Buck Clarke for recognizing the oil spill’s negative effect on the Coast’s economy and seeing this fiscally prudent bill through the Senate. With Governor Bryant calling for similar action, I look for positive things to happen in the House.”

The bill will be sent for consideration in the House where a similar measure died last year.

“Senators recognize the importance of spending these dollars in a way that encourages job growth and expands our entire economy,” Lt. Gov. Reeves said. “Setting aside BP funds for the Gulf Coast means that the settlement will benefit the region of Mississippi most impacted by the 2010 disaster. I’ve talked extensively with folks in the seafood and tourism industries, restaurant owners and other community leaders about the change in the coastal economy since the oil spill, and I’m convinced this is the right thing to do for all of Mississippi.”