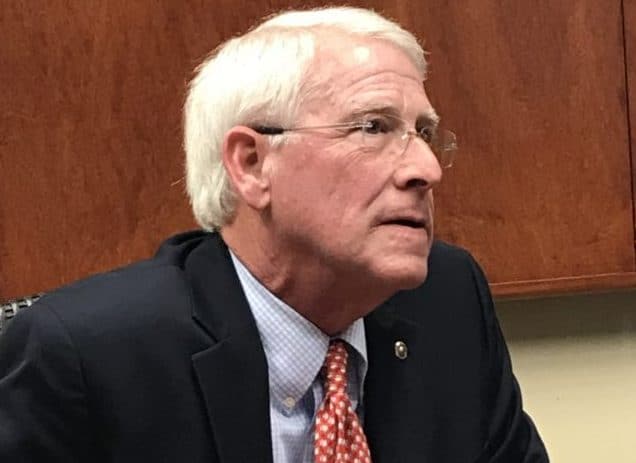 Last week, the FBI and the U.S. Attorney’s office detailed the uncovering of a Jackson man’s involvement in a Ponzi Scheme that scammed over 250 people out of more than $100 million across 14 states. One of those affected by the scam was U.S. Senator Roger Wicker.

58-year-old Arthur Lamar Adams has been charged with two counts of wire fraud involving a scheme to defraud investors, and one count of bank fraud, all in connection with a Ponzi scheme using Madison Timber Properties, LLC, a company owned by Adams.

After the scheme was detailed to the public, Senator Wicker released a statement confirming that he was one of the investors that had been swindled by Adams.

“My wife and I are victims of this apparent fraud.  Like many others who stand to lose money in this scheme, we are very surprised and disappointed,” Wicker said. “We are learning of this through news reports like everyone else.  We are seeking answers as to how this happened and will continue to monitor this matter closely.”

According to U.S. Attorney Mike Hurst, Adams devised a scheme to defraud investors by soliciting millions of dollars of funds under false pretenses, failing to use the investors’ funds as promised, while instead using it for his own personal gain without the knowledge of the investors.

Adams entered into fraudulent investment contracts with investors, most often in the form of promissory notes on behalf of Madison Timber Properties. The loans typically guaranteed investors an interest rate of 12-13%, with the interest to be repaid to investors over the course of 12-13 months. The monthly payments due on these promissory notes were typically due on either the first or the fifteenth of the month.”

Adams’ attorney John Colette confirmed that his client intends to plead guilty to the charges, and he will enter his plea in court on Wednesday. After the plea is entered, the prosecution and investigators will continue to determine the net losses from victims.

Sentencing will take place at least 60 days after the plea is entered, and Adams could face up to 20 years in prison for each count of wire fraud and 30 years for the bank fraud charge. After the total losses are determined, Adams will also be ordered to pay restitution.

In the meantime, Adams is out on a $25,000 bond but remains under house arrest.