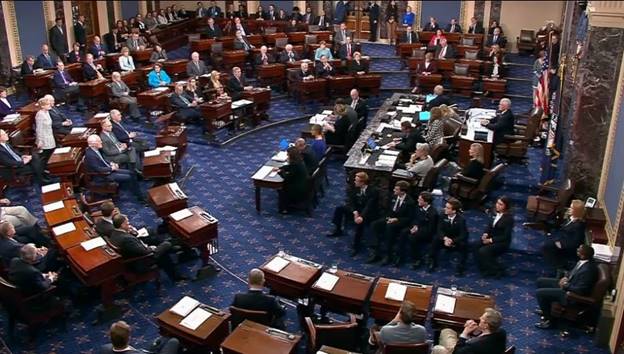 The Senators are raising serious concerns over recent deferential actions by International Trade Administration (ITA) toward a Vietnamese catfish exporter, which could affect the critical process to determine whether Vietnam continues to violate U.S. antidumping laws.

“We are troubled by this series of events, as in recent years Commerce has consistently found significant dumping by Vietnamese fish fillet exporters, and has determined repeatedly that many exporters have been uncooperative in responding to the Department’s questionnaires.  The decision by Commerce to consent to a Vietnamese Embassy official’s request to allow uncooperative Vietnamese parties to impede your Department’s proceeding with further delays will have a catastrophic effect on the domestic industry.  Our catfish farmers rely on strong enforcement of U.S. antidumping laws to ensure they can compete on a level playing field,” the Senators wrote.

“Vietnamese respondents or any other parties that fail to comply with requests for timely and accurate information, do not deserve more favorable treatment than U.S. catfish producers.  We hope your Department will remain committed to strong implementation of U.S. antidumping laws, and that procedural rules will be applied to all parties in an impartial manner,” the letter concludes.”

The ITA, a Commerce Department agency, in recent months has deviated from standard practices to grant the Hung Vuong Group (HVG), a leading Vietnamese exporter, extensions to provide evidence of its compliance with U.S. antidumping laws.  The agency actions contradicted its own earlier actions to reject incomplete HVG data and to apply standard dumping margins to HGV products.

Since 2003, ITA has found that frozen fish fillets from Vietnam have been sold in the United States at less than fair market value, resulting in economic damage to U.S. catfish producers.

FSIS inspections in FY2017 and FY2018 resulted in more than six million pounds of catfish being rejected for not meeting U.S. food safety standards.  As the FSIS has worked to fully implement the inspection program, the number of eligible exporters has dropped from more than 90 in 2017 to 27 in 2018.

The letter to Ross is available here.