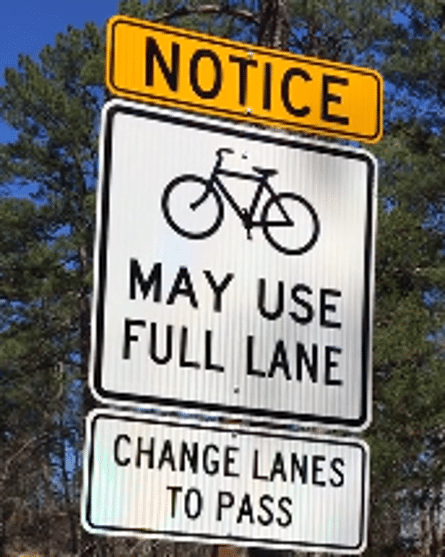 A cyclist was recently hit by a motor vehicle while biking on a portion of the Natchez Trace Parkway that runs through Tennessee.

Accidents are no stranger to the Trace. Just last week a cyclist was hit by a driver near Franklin, Tenn. You can view the accident below:

Donna Holdiness, Coordinator of a cycling safety program, said they are trying to educate both motorists and cyclists that travel the Trace each year.

“We have such a beautiful canvas to ride on, but we have shadows and brightness and darkness throughout the trace, so you are seeing through a three to four inch glass of windshield and it’s hard to see someone that is smaller and slower, but also that might not have the proper clothing on,” said Holdiness.

Holdiness said that they have two different dress codes for cyclists. In the spring cyclists should dress in neon orange and in the fall, they should wear high visibility yellow.

“If the road is black you don’t need to be riding in black,” said Holdiness. “You need to be in a contrasting color.”

Signs promoting cycling safety have also been added to the parkway recently.

See the video below to learn more about those signs:

“A lot of motorists have not liked the signs because they don’t understand them, but I want them to understand that if they hit a cyclists or cause an accident, then their life can be changed forever and will be changed forever,” said Holdiness. “You will affect two lives. My heart is just as sympathetic and loving and protective of that motorist, as I am that cyclist because I have been on both sides of that phone call and both of them are life changing.”

Holdiness’ husband was killed by a motorist while cycling on the Trace near Kosciusko in May of 2012.

By law, the state of Mississippi requires motor vehicles to give cyclists three feet between them and the cyclists, when passing. However, Holdiness said cyclists prefer that motorists give them the full lane.

“We are making a difference,” said Holdiness. “We have seen an impact that motorists are slower and they are more courteous.”

Man rides through Mississippi in support of Wounded Warriors Project