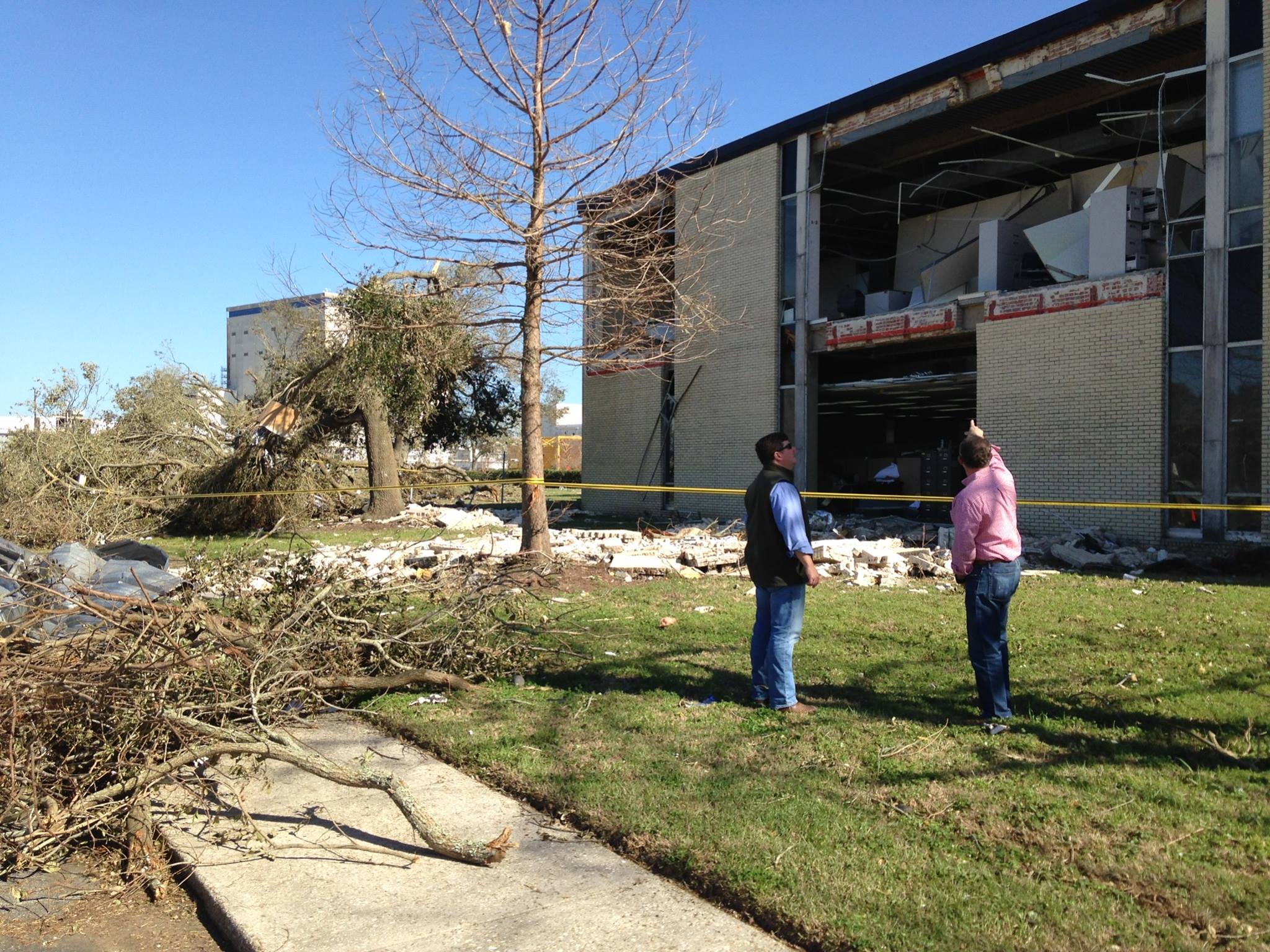 A devastating tornado ripped through New Orleans on Tuesday, leaving behind a path of destruction.

Michoud builds rocket engines and launchers that are later tested at NASA’s Stennis Space Center on the Mississippi Gulf Coast.

But according to Michoud officials, the tornado did not impact production.

“Most of those seven buildings are not connected to the work we do toward the space mission,” said Tracey McMahon, “we won’t be moving any operations to Stennis.”

Stennis will continue to play the role of tester as Michoud continues to recover.

However, Stennis did provide help for recovery.

“They’ve provided lights and other heavy equipment to help with the recovery efforts,” said McMahon.

Mississippi District 4 Congressman Steven Palazzo, who is also a member of the Commerce, Justice, and Science Appropriations subcommittee.

“I believe it was important to get a firsthand look at the damages and have an opportunity to speak with the director and employees that will be impacted by this as we begin the recovery process,” said Palazzo.

McMahon said that even with the seven buildings that were impacted, they are still on track for building the rockets that will take man to Mars. Those rockets will then be tested at Stennis Space Center.

Occupational licensing boards get back up from Mississippi House