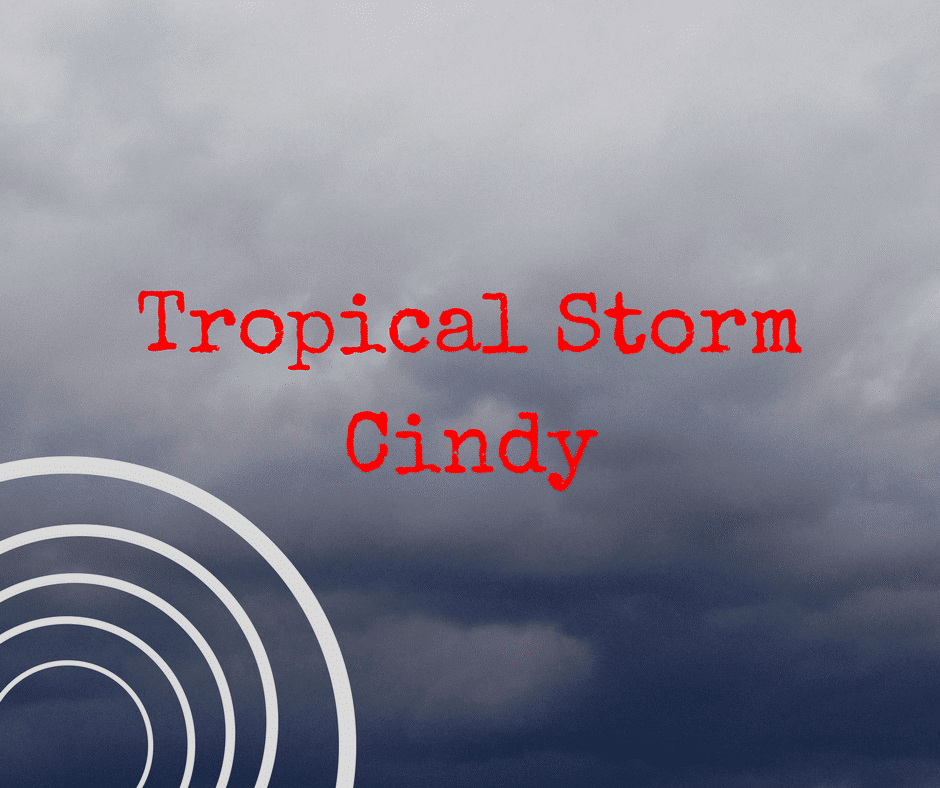 MEMA has not received any reports of major damage or injuries in the state due to Tropical Storm Cindy.

The National Weather Service and National Hurricane Center have cancelled the Tropical Storm Warning for the Mississippi Gulf Coast and reduced the total rainfall expected.

“While we have received reports of flooded streets in our coastal counties, thankfully there is no water in homes of businesses at this point,” says MEMA Executive Director Lee Smithson. “We are constantly in communication with our local emergency management partners, and will make sure they have the resources they need to keep their residents safe.”

Roads are closing along the Mississippi Gulf Coast due to the rain coming in from Tropical Storm Cindy.

The National Weather Service has begun to issue weather warnings in areas across the state.

7:00 a.m. June 21, 2017:
Tropical Storm Cindy pushing ever farther inland this morning: some of the outer bands reaching well into central Mississippi after dumping several inches of rain on the coast, and will continue to push toward north Mississippi throughout your day.

North Mississippi, you’re expected to get round one today, as showers begin to crop up during the afternoon hours. Rain will continue tonight and into tomorrow morning, when Cindy is expected to make landfall and begin to hang north and east: that’s you’ll begin to see some thunderstorms, some possibly severe so you’re not out of the woods, and likely wont be until the beginning of next week.

Central Mississippi you’re in for heavy, driving rain all day as those bands work slowly north: expect scattered thunderstorms to fire off throughout your Wednesday.

South Mississippi: flooding is your main concern today, along with tornado watches as these bands begin to sweep northward through the morning.

The National Weather Service has upgraded the tropical disturbance in the Gulf to Tropical Storm Cindy.

According to Cody Lindsay with The National Weather Service, the disturbance has developed an organized center and has developed the 39-70 mile per hour wind speeds needed to be classified as a tropical storm.

“However, the focus for Mississippi doesn’t need to be on the wind, that’s headed North,” said Lindsay. “The focus needs to be on heavy rain. We already have flash flood warnings in effect for the Coast and south Mississippi through Thursday.”

Up to 10 inches of rain can be expected with this storm.

Sandbags are now being distributed throughout the coastal counties in Mississippi.
11:00 am June 20, 2017:
An update on the tropical system bearing down on the Gulf Coast:

According to National Weather Service meteorologists, not much has changed as the path of Potential Tropical Cyclone #3 makes for the Texas/Louisiana state line. Again, the important thing to remember is that heavy rain and wind will land east, far-flung from the storm’s center. Expect rain throughout the entirety of the Magnolia State clear through the weekend.

Meteorologists are quick to note the storm track is deceiving. Most of the effects will be felt east of the storm’s center. North Mississippi will likely see even more heavy rains later this week from the presence of this storm. Couple that with the already large amounts of rain hitting hitting the area, streams, rivers, ponds and lakes will be taxed to a dangerous degree.

If this storm reaches tropical storm status, it will claim the title Tropical Storm Cindy.