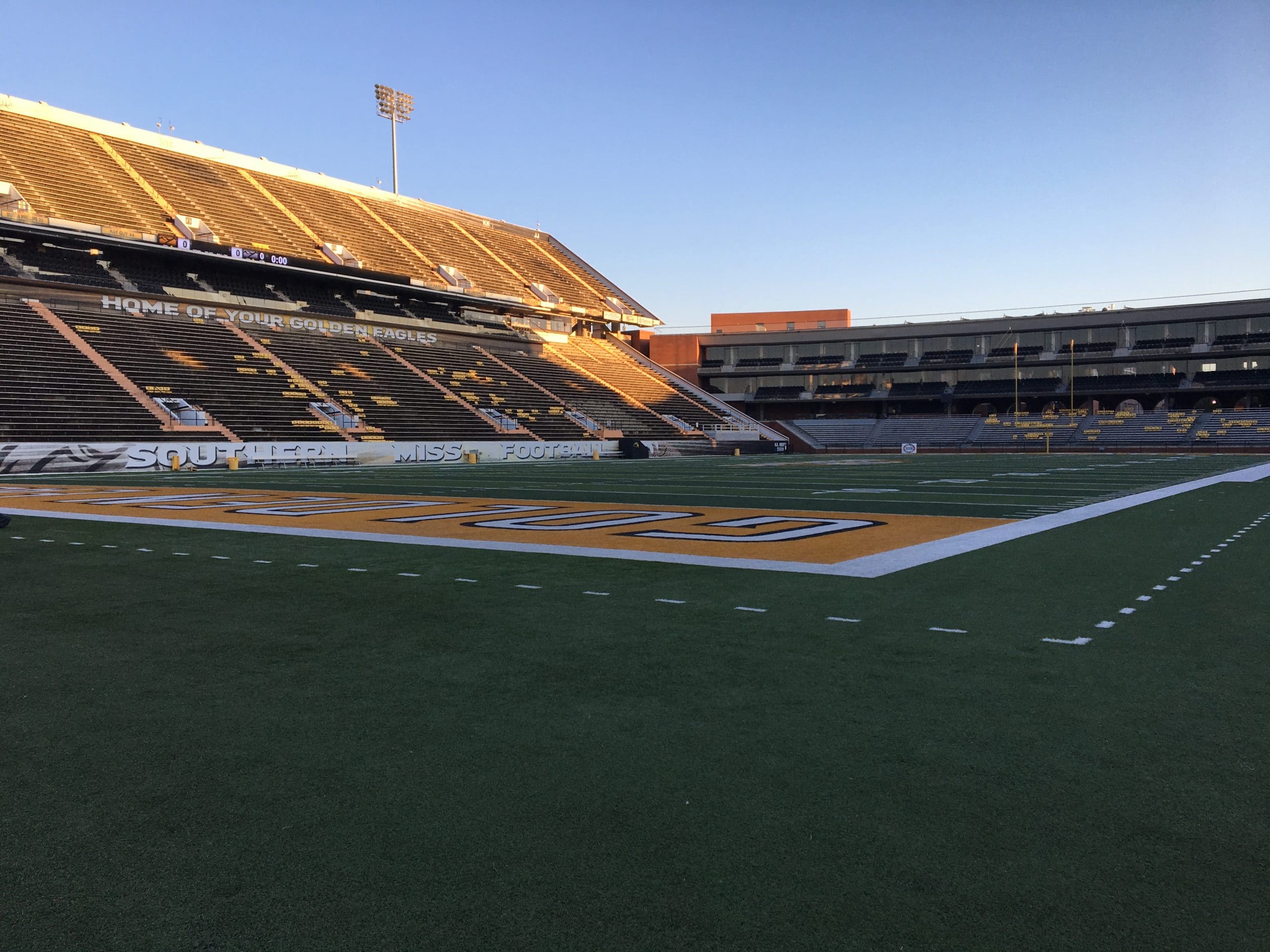 As Southern Miss prepares to open conference play this weekend at home against Rice, a QB battle may be brewing.

After senior QB Kwadra Griggs was suspended indefinitely prior to the 2018 season, he is now back with his teammates. JUCO transfer Jack Abraham has stepped in as the starter in the team’s first two games to the tune of mixed results.

In week one, Abraham shined and tossed 4 TDs against Jackson State in a 55-7 win. Week two was a different story as the sophomore turned the ball over 4 times (2 INTS & 2 fumbles) in a 21-20 loss to Louisiana-Monroe. The most costly turnover was an interception as the Golden Eagles were driving with a chance to win late in the 4th quarter.

Griggs was the presumed starter heading into the season after a strong 2017 campaign. Griggs battled injuries which limited him to seven starts, but in those seven starts, he threw 16 TDs against just 2 INTs.

While coaches have stated that it may take time for Griggs to get back into the swing of things, he may not be on the sidelines for long. While speaking with the media earlier this week, head coach Jay Hopson said that he’ll have a chance to prove himself in practice.

The Golden Eagles are 1-1 in Griggs’ absence. USM’s week three matchup with App State was canceled due to Hurrican Florence, and it has now been announced that the game will not be rescheduled.

USM will need strong quarterback play moving forward as they travel to Auburn in week five.