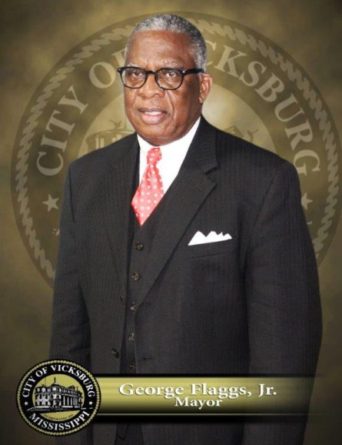 “I thought I was pretty good in the legislature for 26 years and then I’ve been elected two terms as the Mayor,” said Mayor Flaggs. “We’ve been able to turn the city around and I think our leadership provides a model for the state, especially with where they are now in terms of revenue declines. I don’t think it has anything to do with leadership, I think that it’s timing and I think that what they need are some more innovative ways.”

He said that he doesn’t believe in raising taxes to balance the budget.

“I think that there are some things that they can do like downsize government as I’ve been able to do in Vicksburg, consolidate some services as I’ve done in Vicksburg and look at your overall fiscal matters and take control of them,” said Flaggs. “When I went in there was $400,094 in debt, we’ve got $3 million dollars in savings now, we’ve been able to raise minimum wage twice since I’ve been there, haven’t laid off, haven’t furloughed, haven’t raised nobody’s taxes and we feel good about our future.”

He added that he would not be running unless he is able to predict his results.

Flaggs said that he has two factors in deciding whether he will run for Lt. Governor. one being that he would be able to raise $2 million dollars and whether or not if he can make a difference as a Lt. Governor.

He added that he will make his decision within the next six months.

Missing inmate still on the run