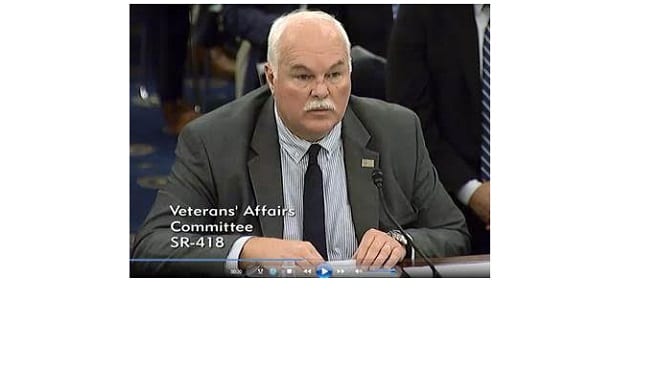 WASHINGTON, D.C. – U.S. Senators Thad Cochran (R-Miss.) and Roger Wicker (R-Miss.) say they look forward to Senate action on the nomination of Randy Reeves of Mississippi to be the Under Secretary of Memorial Affairs in the U.S. Department of Veterans Affairs.

Reeves, who was nominated by President Trump on Sept. 1 with Cochran and Wicker’s support, testified Wednesday at a confirmation hearing before the Senate Committee on Veterans’ Affairs. The nomination will be forwarded to the full Senate for confirmation when the committee favorably reports Reeves.

“Randy Reeves has distinguished himself in Mississippi and around the nation for his determination and dedication to veterans. The job for which he has been nominated is important to our veterans and their families,” Cochran said. “I look forward to his nomination coming before the Senate for confirmation.”

“Randy Reeves has demonstrated his commitment to our military and our veterans throughout his distinguished career in uniform and public service,” Wicker said. “He is well-equipped to bring positive change to the Department of Veteran Affairs, given his eight years of experience on the Mississippi Veterans Affairs Board. I am hopeful that the Senate will confirm his nomination quickly so he can get right to work for our nation’s veterans.”

As the VA Under Secretary for Memorial Affairs, Reeves would direct the National Cemetery Administration, which maintains 131 national cemeteries and provides burial services for veterans and eligible family members.

Reeves testified that, if confirmed, he will “work tirelessly to ensure our Veterans and their families receive the honor, service and compassion they deserve and have earned.”

“I am acutely aware that, if confirmed, I will be ultimately responsible for the care and service provided to Veterans and families during what is, arguably, the most difficult time in their lives; a responsibility I take very seriously,” Reeves said.

Reeves is the executive director of the Mississippi Veterans Affairs Board and serves as immediate past president of the National Association of State Directors of Veterans Affairs. He served in the U.S. Navy and retired as a commander and surface warfare officer. Prior to his Navy service, he was an enlisted airman in the U.S. Air Force.

Reeves earned a bachelor’s degree in management from Peru State College in Nebraska, and has received a Master’s degree in health services. He also completed the Senior Executive Program at Harvard University’s John F. Kennedy School of Government.