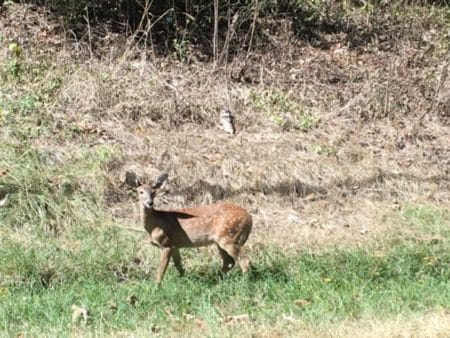 Due to heavy rainfall, waters in the drainage basins feeding the Mississippi River have begun to rise. As a result, the Mississippi Department of Wildlife, Fisheries, and Parks (MDWFP) has received numerous reports of backwater flooding, which has driven deer and other wild animals out of their habitats and caused them to congregate on high ground.

The MDWFP is reminding hunters that Mississippi state law prohibits hunting, trapping, taking, frightening, or killing game or fur-bearing animals forced out of their natural habitat by high water until they are able to return to their habitats by the recession of such water.

“This means that you cannot hunt deer from a boat or areas that they are congregated in due to high water,” said MDWFP Chief of Law Enforcement Colonel Steve Adcock. “We will have an increased presence of officers in these areas patrolling levees to promote public safety for residents affected by rising waters and to enforce the wildlife laws that protect animals affected by flooding.”

Even though the Mississippi River has not reached flood stage at all gauges, and deer and other hunting seasons are still open, the law protecting wild animals forced out of their usual habitats is still in full effect.

Promotion from President to Commissioner of MS Higher Learning