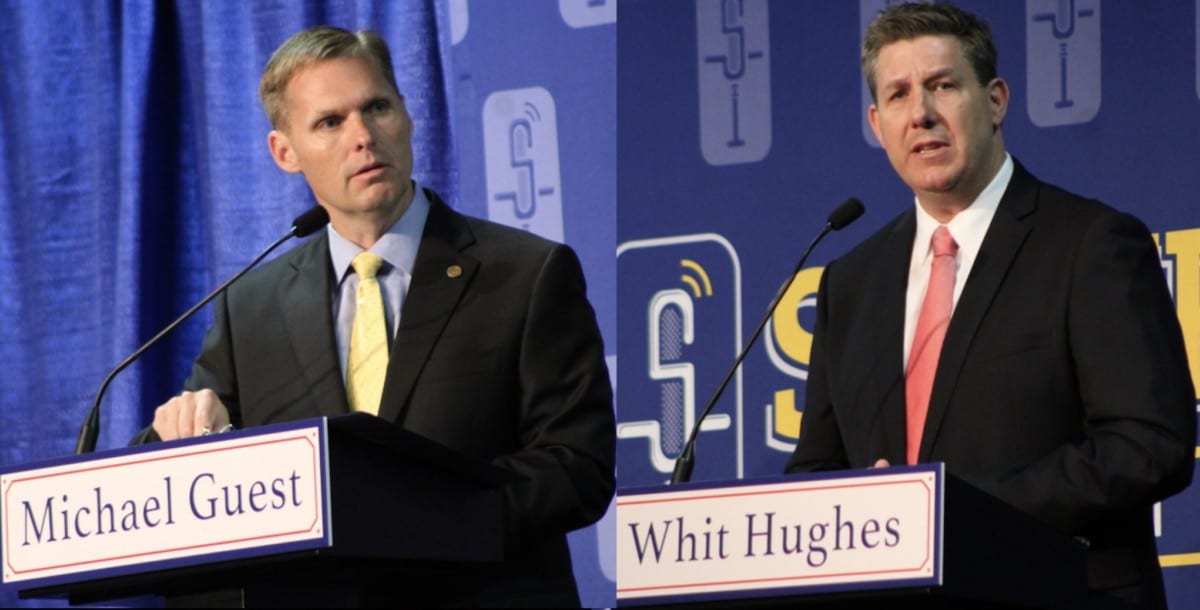 After Tuesday’s primary elections, the race for the Republican nomination in Mississippi’s Third Congressional District has been narrowed from six candidates down to two; businessman Whit Hughes and District Attorney Michael Guest.

Guest received nearly 45% of the vote, but he didn’t reach the 50% threshold. This gave way to a runoff with Hughes on June 26th after he received 22% of the vote. The two candidates will now head back out onto the campaign trail ahead of June 26th’s runoff to earn the votes of those who put their support behind the other four candidates in the race.

Before the primary, the six candidates participated in nearly a dozen forums and debates across the district, and now Hughes is pushing for a one-on-one debate with Guest. In a letter sent out to the public, Hughes called for a “minimum of two” debates before the runoff. While on with the J.T. Show on Supertalk Mississippi, Hughes stated that the smaller field would allow for a more informative debate.

“There’s a serious difference between six candidate forums that are, in large part, very scripted, and a one-on-one debate in a runoff setting,” Hughes explained. “Folks are tired of the same way of doing politics. They want opportunities to see and hear from candidates side-by-side, understand where they are on the issues, see how they react and respond to each other, where they are on different policy issues, and see what kind of leader they’ll be in representing this state.”

While Hughes may have his sights set on a debate, Guest’s campaign has seemingly shut down the idea and are aiming to focus on the campaign trail. In a statement from Rob Pillow, Guest’s campaign manager, he mentioned that the 12 debates up to this point should be sufficient.

“Michael Guest congratulates Whit Hughes on running a strong campaign including the 12 debates and forums they’ve both already participated in across the district during this campaign. Between now and June 26th, instead of more debates, Michael’s focus will be on continuing to work in all 24 counties in the district to meet directly with voters and ask for their support in the runoff election.”

Hughes responded to Guest’s campaign by stating that they owe it the voters who supported other candidates in the race before Tuesday’s primary.

“He is refusing to debate me. We need to respect voters and have a debate in this runoff. The reality is, there are tens of thousands of voters that simply stayed home or voted for another candidate. It is wrong for us to not have a one-on-one debate as those voters are making their decision on who to support. Frankly, it is ridiculous to decline a one-on-one debate with your runoff opponent.”

The two candidates have fundamentally different backgrounds, which should set up for an intriguing runoff. During the campaign, Hughes has run on his record as a businessman across the state, and he left his job at Baptist Health Systems before the campaign began. He boasts a strong knowledge of job creation and economic stances that he hopes will give him an edge. Guest has been a prosecutor for the past 20 years and continues to discuss his efforts to make Mississippi a safer place as his office has prosecuted over 20,000 cases and recovered millions of dollars to aid law enforcement’s efforts in the state.

Whichever candidate takes the majority of the vote on the 26th will face off with Michael Evans (D) in the general election in November.