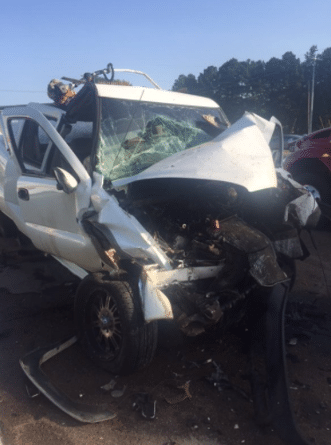 On Thursday an off duty Richland firefighter, Noah Pate, was critically injured after slamming into the back of a garbage truck on Highway 49 in Florence.

Rankin Coroner David Ruth confirmed that he received a call that Pate had passed away sometime around noon on Friday as a result of his injuries.

“The city of Richland and the Richland Fire Department is saddened by the loss of our firefighter Noah Pate. Our thoughts and prayers are with his wife, his family and friends. Funeral arrangements will be announced as soon as they are available,” said Bob Wedgeworth, Director of Rankin County Emergency Management.

Pate, 21, was airlifted to the hospital just after 8:00 a.m. where he is in critical condition. He had been with the department since February 2016 and had just recently been married in May.

“We didn’t really know anything about it until someone called when they recognized firefighter shirts in the vehicle and they called and said we had an employee that had been in an accident up there,” said Battalion Chief Ricky Chapman.

Pate was originally from Star Mississippi and was described as an energetic man, known for his faith.

As part of Battle of the Badges that was a scheduled blood drive for Friday, donations will also go directly to Pate.

Officials from Richland are asking for the communities prayers for a quick and full recovery for the young firefighter. A prayer vigil will be hosted Friday night at 6:00 p.m. at Discovery Christian School.