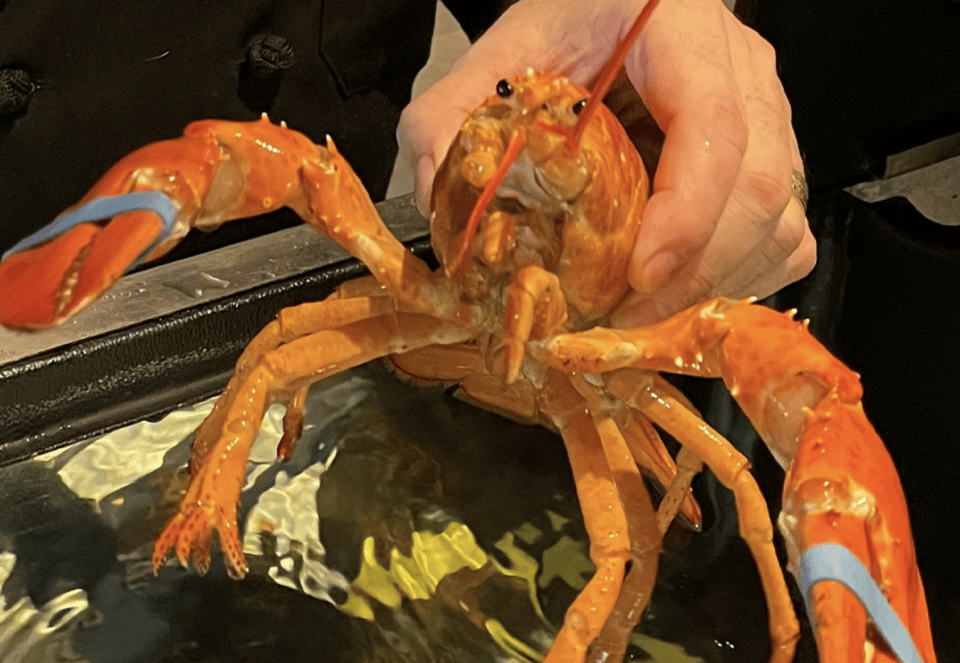 Supposedly, there’s a one in 30 million chance of finding an orange lobster, and oddly enough, one has been discovered right here in Mississippi.

Staff at the Red Lobster restaurant in Meridian recently found an orange lobster among its shellfish. They then got in contact with Ripley’s Aquarium of the Smokies, saving the once ill-fated crustacean from the stockpot.

It’s the second time in less than a month — after one was found in Hollywood, Fla. in mid-July — that an orange lobster has been discovered at one of the restaurant chain’s locations.

“We plan to dive deeper into this and study the reasons why this abnormality is occurring more often,” Ripley’s Aquarium of the Smokies Director of Husbandry Jared Durrett said. “Our partnership with Red Lobster will allow us to capture data from fishermen, which typically is not easy to come by due to confidentiality,”

The lobster found in Meridian has since been named “Biscuit,” in honor of the restaurant chain’s famous Cheddar Bay Biscuits. Biscuit is currently getting acclimated to her new home at Ripley’s Aquarium in Gatlinburg and will go on exhibit later this year.