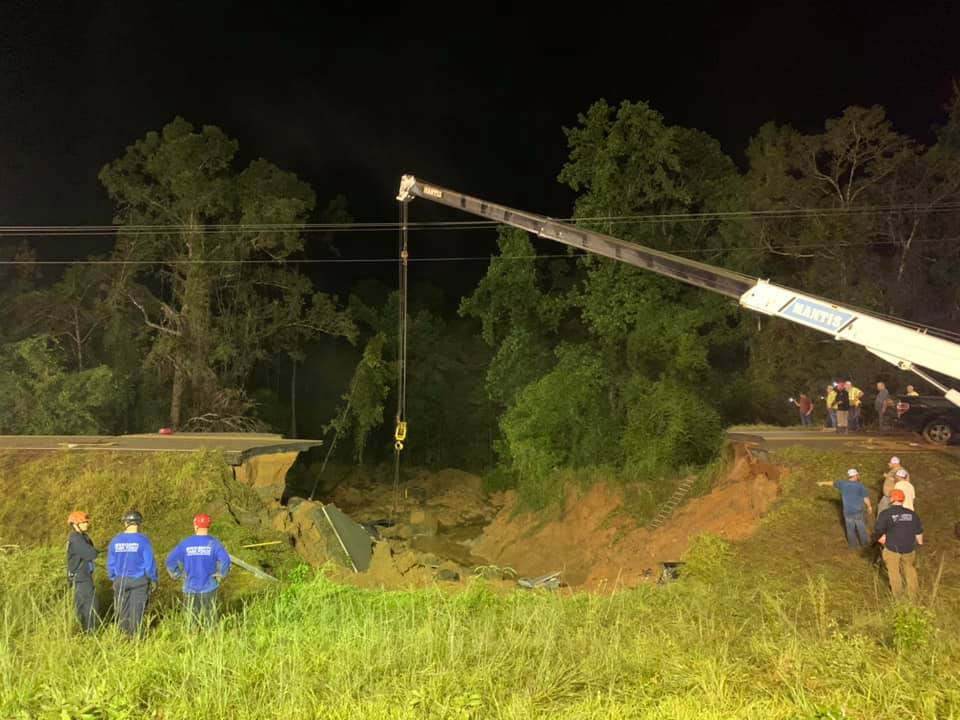 Two deaths have been confirmed after a portion of Highway 26 in George County was washed out by the heavy rainfall associated with Hurricane Ida.

The portion of the highway between Wiggins and Lucedale was washed out Monday night. Department of Public Safety Commissioner Sean Tindell explained to SuperTalk Mississippi that the drivers came across the unlit stretch and couldn’t see that the road was impassable.

In addition to the two deaths, three individuals are in critical condition with 10 other injuries.

Following this heartbreaking situation, Tindell reiterated that while the worst of Ida has passed by, you need to exercise caution on the roadways.

“That’s why we emphasize, the storm might pass by but you’ve really got to continue to be vigilant and careful when you travel on roads, particularly at night. It could be a fallen limb, it could be a fallen tree, it could be rising rainwaters or it could be a washout like this, and if it’s at night and people are going down a road doing 50-60 mph, they’re just not going to have the time to react.”

Tindell added that the washout will disrupt traffic for “a while” as repairs are made.

Property damage from Ida minimal in Biloxi, harbors and marina’s are open