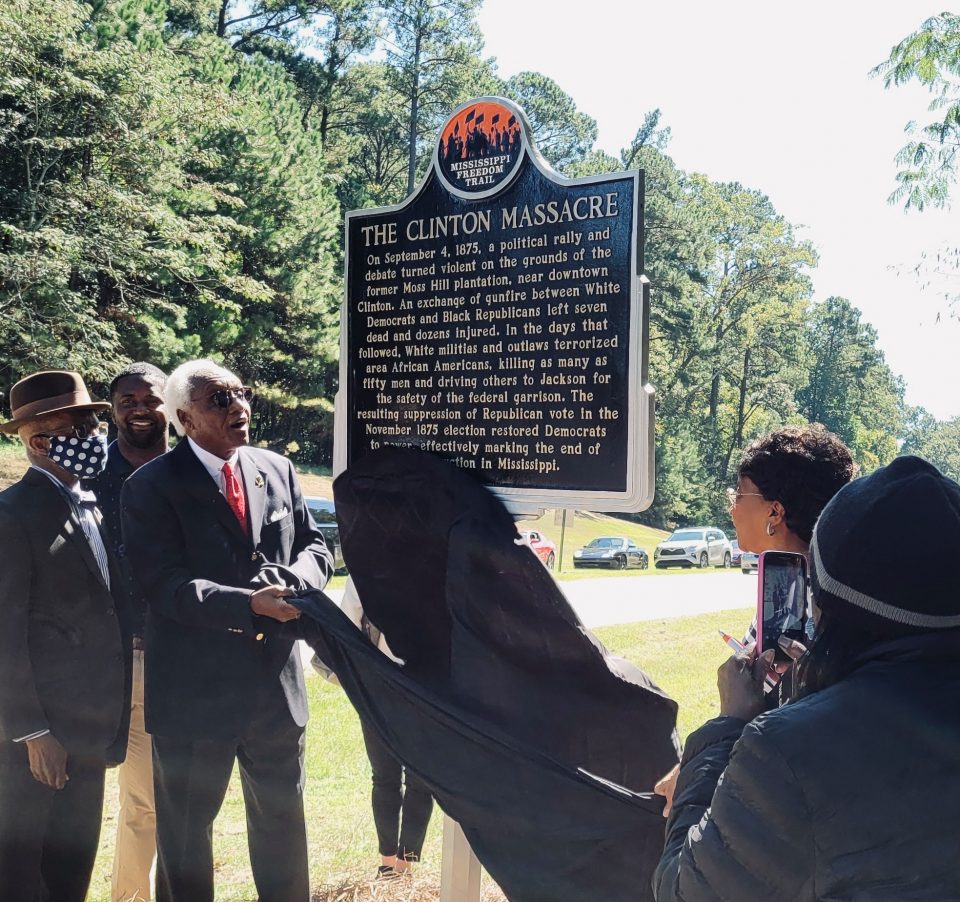 The 32nd Mississippi Freedom Trail marker was unveiled Thursday in Clinton. The marker memorializes the Clinton Massacre of 1875, which began as a political debate and expanded into widespread violence and voter suppression, beginning the Jim Crow era that lasted through the Civil Rights Act of 1965.

“Clinton has made great efforts to capture our history and assure future generations will understand and study our past,” said Mayor Fisher. “This marker is an important part of the Clinton story. We must always remember the past so that we can honor those that came before and learn from their experiences.”

“With this 32nd unveiling of a marker on the Mississippi Freedom Trail, we again make history,” said Dr. McLemore. “This unveiling shines a light on an event that speaks to us today about the right to vote. The Clinton Massacre of 1875 is a clear reminder that freedom is a constant struggle. Let us benefit from our history in order to ensure that a bright future is in store for all of our citizens.”

“This marker explores a painful moment in Mississippi history,” said Visit Mississippi Director Craig Ray. “Violent episodes during the Reconstruction era, such as the Clinton Riots, set the stage for the modern Civil Rights Movement. This marker helps us fully understand our state’s past.”