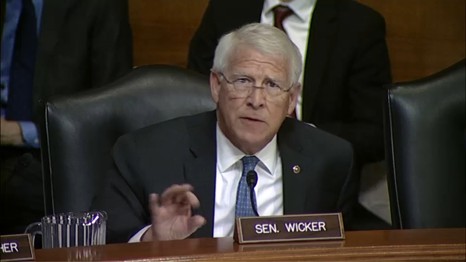 Federal funds will help to bring railway services back to the Mississippi Coast.

On Friday, U.S. Senator Roger Wicker announced the award of $33 million from the Federal Railroad Administration (FRA) to fund major infrastructure and capacity improvements to restore passenger rail service along the Gulf Coast, which was halted in 2005 after Hurricane Katrina severely damaged the route.

The $33 million award to the Southern Rail Commission will cover half the cost of the $65.9 million project, which will also be supported by a combination of investments from Mississippi, Louisiana, and Amtrak.

“I am thrilled to announce this award, which will support the completion of a years-long effort to restore passenger rail service to the Gulf Coast,” Wicker said. “I thank Sec. Chao and the U.S. Department of Transportation for recognizing the importance of this effort and the positive economic impact this project will have for the communities along the route. For Mississippi, restoring passenger rail service is a symbol of the huge strides our state has made to recover from one of the most devastating storms on record. Reconnecting the Gulf Coast to our nation’s passenger rail network will increase access to jobs, provide an alternative to highway travel, and improve quality of life in the region.”

John Robert Smith, chair of Transportation for America and former mayor of Meridian, said, “As the inspection train rolled through scores of communities back in 2016, we were overwhelmed at the thousands of people who turned out in every stop to make it clear that they urgently want passenger rail service back in their communities. But winning this award is not about nostalgia: it’s about economic development, a return to vitality, and a connection to the future.”

Southern Rail Commissioner Knox Ross said, “Mississippi senators have always been strong champions of passenger rail in our region, with Senator Roger Wicker chief among those. We would never be this close to seeing trains run again without the strong support of Senator Wicker and his hard work to authorize the necessary programs and supply them with funding.”

Senator Wicker has been a strong advocate for restoring passenger rail service to the Mississippi Gulf Coast, bringing together federal, state, and local officials to support investments along the southern rail corridor and to address regulatory concerns with restoring passenger service.

In 2015, he led the effort to create and fund the Gulf Coast Working Group which provided a report with input from the Federal Railroad Administration, Amtrak, the Southern Rail Commission, CSX, and local communities along the proposed route.

In February 2016, Wicker joined a group of officials on an inspection trip to examine existing infrastructure and the opportunities that intercity rail service could provide to the area. The trip, which began in New Orleans, made several stops in Mississippi before continuing on to Florida. Those stops included Bay St. Louis, Gulfport, Biloxi, and Pascagoula.

In 2018, Wicker repeatedly pressed federal officials to commit to a series of safety and service improvements that would be necessary for Gulf Coast passenger rail service.