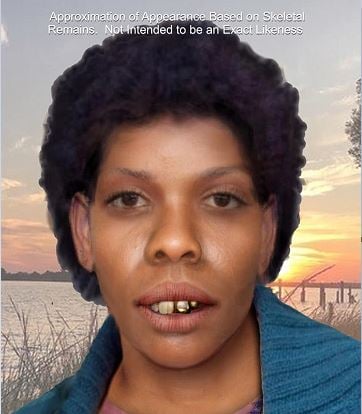 Jackson County Sheriff’s Investigators have identified the skeletal remains of a woman found in December, 1977. After 44 years the woman known as “Escatawpa Jane Doe”, is now identified as Clara Birdlong. Investigators believe she was murdered by the late serial killer Samuel Little.

Sheriff Mike Ezell provided the following timeline of events which took place from 1977 to this month when Clara was identified:

**December 27, 1977 – Hunters discovered skeletonized human remains near the area that is now Highway 613 and Interstate 10, which was under construction at the time. A medical exam revealed the remains belonged to a small in stature African American woman, with a distinctive front gold tooth and possibly wearing a wig. It was also determined the remains were discovered three or four months after she was killed.

Over the years several facial reconstructions and computer composites were created in an effort to help identify her.

**2018 – Convicted serial killer Samuel Little confessed to numerous murders across the Southeast, including the murder of Escatawpa Jane Doe, whom he did not know by name. Investigators confirmed Samuel Little was in Jackson County in 1977, during the approximate time frame of the woman’s death.

**January, 2021 – In cooperation with the Mississippi State Crime Lab, Othram Inc., a DNA research facility in The Woodlands, Texas, was contracted to attempt to create a family tree based on Escatawpa Jane Doe’s DNA. That same month Dr. David Mittelman of Othram, Inc., gave Investigator Matt Hoggatt information of a possible distant cousin of the victim living in Texas. The tip was generated by the victim’s DNA. Investigator Hoggatt found the cousin who referred him to her 93-year old paternal grandmother, who was originally from Leflore County, Mississippi. The grandmother told Investigator Hoggatt her cousin Clara Birdlong, born around 1933, went missing from Leflore County sometime in the 1970’s. Another distant cousin in Texas said Clara went by the nickname “Nuttin,” and described her as a small woman who had a gold front tooth and wore a wig. The cousin also recalled Clara disappeared in the 1970’s.

**August, 2021 – Investigator Hoggatt found a woman in Leflore County who remembered Clara. She said Clara left Leflore County in the 70’s with an African American man who claimed to be passing through Mississippi on his way to Florida. Clara was never seen or heard from again.

**September, 2021 – Investigator Hoggatt requested DNA samples from several people closely associated with Clara to compare DNA. Othram, Inc. analyzed the samples and confirmed the DNA matched the grandmother. After further investigation and elimination of all other living and deceased relatives, investigators concluded the victim known as Escatawpa Jane Doe, was Clara Birdlong, born in 1933 in Leflore County, MS.

Investigators eventually learned Samuel Little was arrested in Pascagoula in August of 1977 for petit theft. Although he is now deceased, Samuel Little is considered a prime suspect in the death of Clara Birdlong. Her cause of death is undetermined.

Thunder & Lightning: No Review Necessary for The Rumblings