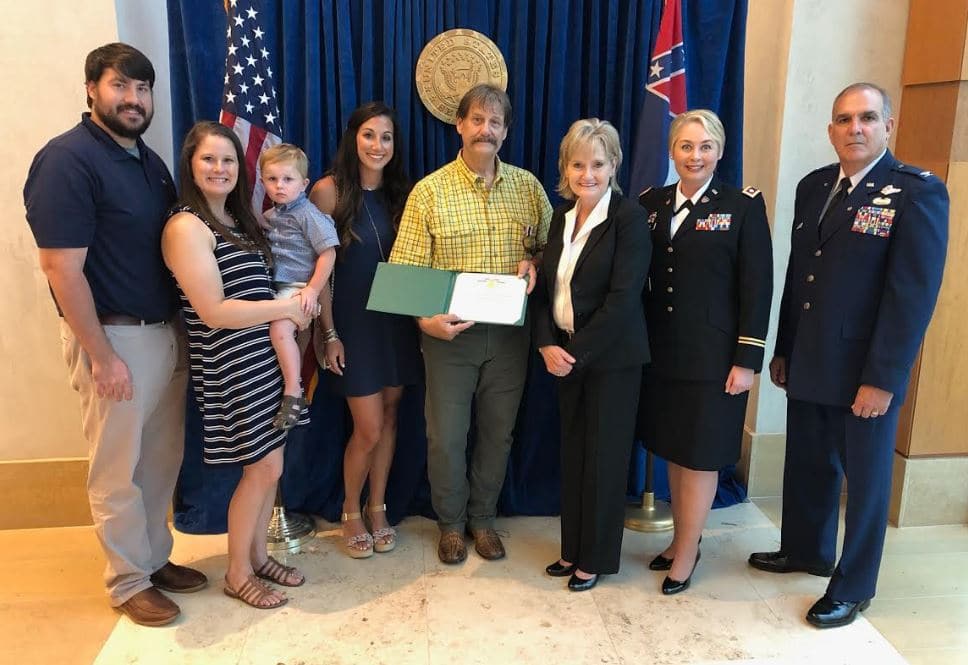 U.S. Senator Cindy Hyde-Smith (R-Miss.) today presided over the formal presentation of the Defense Department’s highest civilian honor to John “Jay” Fulton Blount, Jr. of Greenville, who is only the second Mississippian to earn the Defense of Freedom medal.

Blount, who was working as a civilian contractor in support of U.S. defense missions in Iraq, was bestowed the award for his heroic efforts after an IED explosion destroyed a caravan in which he was traveling.  Though seriously injured, Blount treated the wounded and secured the dead in the aftermath of the July 2008 attack.

“The people of Mississippi join in honoring Jay Blount for the heroism demonstrated under the most dangerous and trying conditions.  I’m pleased the efforts of my office, and that of former Senator Cochran, helped ensure proper recognition for Jay’s bravery,” said Hyde-Smith.

The Secretary of Defense Medal for the Defense of Freedom is the highest recognition the Department of Defense can bestow on any civilian.  Created after the 9/11 attacks, eligibility for the medal for civilian contractors is closely aligned with those for the Purple Heart.

The offices of Hyde-Smith and Cochran worked with the Department of Defense since 2013 to secure the Defense of Freedom medal for Blount.

Tommy Hammill of Macon was the first Mississippian to earn the Defense of Freedom medal. In 2004, a wounded Hammill escaped captivity after insurgents ambushed his fuel convoy near Baghdad.

How much do the SEC football programs spend on recruiting