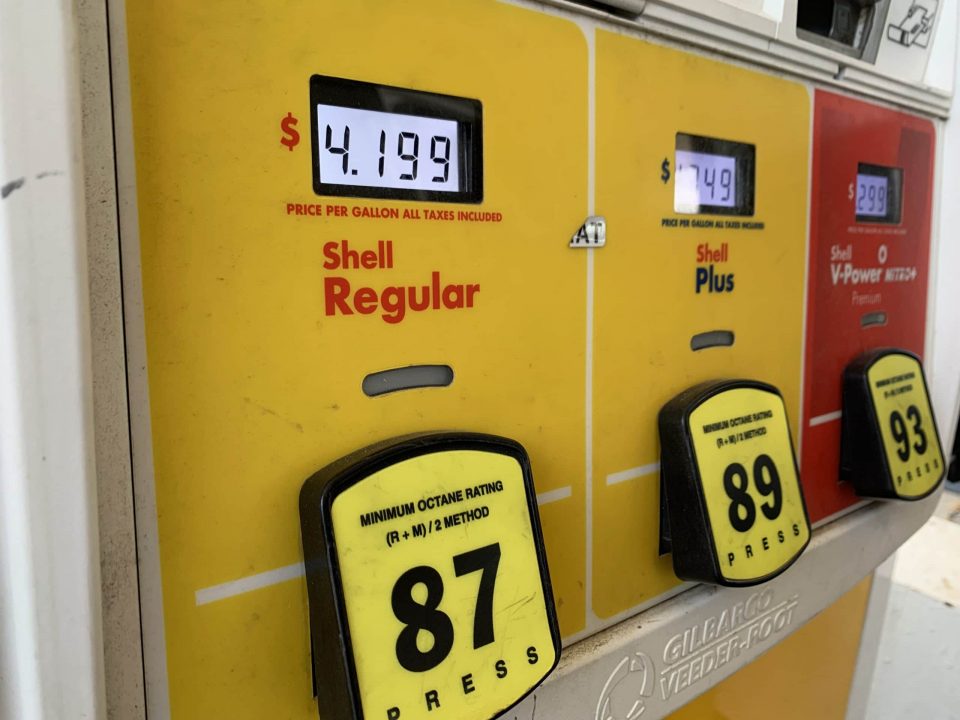 For the first time in history, gas prices in all 50 states have exceeded $4.

In Mississippi specifically, the average price per gallon for regular fuel as of Sunday morning stood at $4.18, and according to Don Redman of AAA, those prices can be expected to increase through at least the summer.

“Just based on the idea that all fuel is sold in the futures market – so these investors are looking down the road six weeks, six months down the road and making their investments based on that – looking where their investment money is going and what they’re forecasting, I think this is going to be with us at least throughout the summer,” Redman said in a recent appearance on The Gallo Show.

Normally, gas prices go up in the summer due to the peak driving season. That combined with inflation running at more than 8% could increase the current nationwide average of $4.59 to over $5. JPMorgan is even projecting a national average of $6.20 come August.

American households are currently spending the equivalent of $5,000 per year on gasoline — compared to $2,800 a year ago, according to a new report from Yardeni Research.