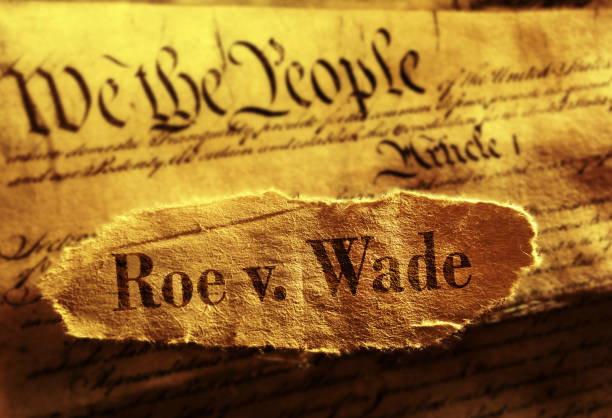 Americans were shocked at the leak of the Supreme Court’s draft opinion on Roe v. Wade, authored by Justice Samuel Alito. But for different reasons.

Pro-choice advocates and Democrats condemned the opinion’s indication of the court’s 5-4 decision to overturn Roe, while pro-life supporters and Republicans applauded the apparent decision. Democrats, including President Biden, showed no concern for the fact that the nation learned of the court’s intention to abrogate the landmark 1973 Roe decision via an unprecedented leak of the entire draft opinion.

When asked why the White House wouldn’t condemn the leak and whether the President is concerned about politicization of the highest court in the land, White House Press Secretary said, “Because I think what is happening here and what we think is happening here is there’s an effort to distract from what the actual issue is here, which is fundamental rights.”

We should not be surprised. Democrats see government as a tool to accomplish their radical agenda, where the ends justify the means – even if it means weaponizing and breaching the sanctity of the highest court in the land. This should chill every American to the bone.

Democrats have mastered the art of embellishment to energize and agitate their base. Their hyperbole describing the consequences on various voting rules legislation, the Florida Parental Rights in Education bill and now the Roe decision is simply untrue. Immediately upon Politico’s leak of the draft opinion, Democrats decried that overturning Roe would completely ban abortion across the nation. False.

Overturning Roe simply returns the matter to the states, where it belongs. When a policy matter conflicts with their agenda, the default Democrat refrain “It’s the end of Democracy!” is immediately and widely invoked. The irony is that striking down Roe v Wade upholds a key element of the democratic system – federalism. The decision to empower the states with how to handle abortion is in fact Democracy in action.

Let’s be clear. People of principle who believe in the Constitution and the system of government it establishes should be equally outraged if a conservative justice’s staffer leaked an opinion or other confidential content pertaining to a case. Consistency is the hallmark of principle.

To say that the nation is divided is an understatement. We were told that election of Joe Biden was essential to healing “the soul of the nation.” But since inauguration, the national fracture has compounded.

Even though we’re still the United States of America, reality is, the states are divided on a myriad of controversial issues. Stark contrasts exist among the states related to the elections process and voting rights, crime and law enforcement, immigration, critical race theory, Covid protocols and vaccines, taxes, regulations, energy – it goes on and on.  The list of what the right and left agree on is getting shorter by the day. We can’t even agree on the number of genders or that boys and girls are different.

With respect to abortion, pro-choice zealots define abortion as “reproductive health care,” while pro-life supporters consider abortion willful termination of human life. How’s that for a gap in positions?

And while subtle differences presently exist among the states with respect to abortion, overturning Roe v Wade is likely to spread that gap even wider. It is estimated that roughly half the states – run by Republicans – would either totally ban or severely restrict access to abortion while nearly half – run by Democrats – would increase access.

For example, Oregon will help pay for abortions for residents of states where abortion is prohibited or limited. While the Hyde Amendment bans use of federal taxpayer money for abortions, Oregon’s legislature recently appropriated $15 million to the Reproductive Health Equity Fund designed to fund abortions for diverse groups, rural residents, and low-income Oregonians. Oregon is first out of the gate but look for other blue states to enact similar programs.

Connecticut lawmakers have passed a bill that would expand who could perform abortions. Besides physicians, the law would allow advanced practice registered nurses, nurse-midwives and physician assistants to conduct medication and aspiration abortions in Connecticut.

There seems to be no limit to the imagination of pro-choice Democrats in devising government programs to permeate abortion access and funding.

With the mid-terms approaching, Democrats have been hustling donations, pointing to the Roe decision as a prelude to reversing several other prior decisions related to same-sex marriage, contraception, interracial marriage and gender affirming care.

A review of the leaked draft refutes these concerns as political fear mongering. “To ensure that our decision is not misunderstood or mischaracterized, we emphasize that our decision concerns the constitutional right to abortion and no other right,” wrote Justice Samuel Alito. “Nothing in this opinion should be understood to cast doubt on precedent that do not concern abortion.”

Since the leak, abortion activists have taken to the streets, staging large protests in cities across the nation.  Some in attendance brought their young children to the protests so they could see how democracy worked and witness people standing up for what they believed in. In Wisconsin, Molotov cocktails were thrown into the office of an anti-abortion group. And at a middle school in Iowa, students conducted a walk-out, chanting pro-abortion slogans along the street in front of Northview Middle School.

The Democrat playbook is so predictable. Resort to (unpeaceful) protests, violence, intimidation and of course, indoctrinate children whenever American institutions don’t provide the outcome which suits them. Is there any doubt that the American left would pull out all the stops to dismantle and “reimagine” the Constitution?

American Christians have maintained for some time that the secular war on Christianity is real. Secularists dismiss that such a war exists, insisting instead reliance on separation of church and state to justify their actions. Pay no attention to the high school football coach in Washington placed on leave for voluntarily saying a prayer at mid-field. Disregard the Marine court-martialed for posting a Bible verse above her desk.  Forget about the firing of an Atlanta fire chief for publishing a book about Christian morals. Countless examples abound.

Perhaps this faux war on Christianity is at the heart of the abortion debate. Maybe it’s what’s driving pro-abortion radicals to deface and defile Catholic churches.  Perhaps it’s anti-Christian sentiment that provoked protesters to gather at the homes of Supreme Court justices, chanting profanity-laced slogans and targeting vile gestures at Justice Alito’s residence.

What’s become apparent over the last few years is that many American liberals worship government, not God. Many secularist Democrats resent conservative Christians – often mock them – for venerating God more than government. They are galled by references to God in the Declaration of Independence, especially the second paragraph asserting that Americans are “endowed by their Creator with certain unalienable Rights that among these are Life, Liberty and the pursuit of Happiness.”

Heck, pro-choice candidate Joe Biden struggled to recite this pivotal statement at a campaign rally in Texas, pivoting mid-sentence with the now infamous ”…you know the thing.”

Ironically, it is our Judeo-Christian principles-based founding that has guided our nation through the stains and sins of our past – such as the abolition of slavery; establishment of our ‘blind’ system of justice, and creation of the most diverse, free and morally grounded nation on the planet.

And right on cue, major corporations are already acting in response to the apparent overturning of Roe, enhancing their employee benefits packages to include a multitude of abortion benefits, again under the guise of reproductive health care. Amazon, Apple, CitiBank, SalesForce, Tesla, and Levi Strauss & Co. are just a sample of major companies announcing they will provide financial assistance to employees needing abortion services and reproductive healthcare regardless of where they reside. Senator Marco Rubio has already introduced legislation that would disallow corporate deduction of abortion expense for tax purposes, since in essence that equates to taxpayer funding of abortion, at least in part.

With Democrats egging them on, never have so many fought so hard for the “right” to harm another human.  Of course, the pro-abortion crowd says that a baby in the womb is nothing but a clump of cells. Democrats, sensing a shellacking in the mid-terms, are desperate to divert voters’ attention away from what’s top of mind – inflation, gas prices, supply chain challenges, crime, and border chaos. It’s a futile strategy in my view.

In the old days, politicians kissed babies to get elected, now they murder them.

Thunder & Lightning: How Did It Come To This For Mississippi State Baseball?

Your Mississippi forecast for Thursday, May 12