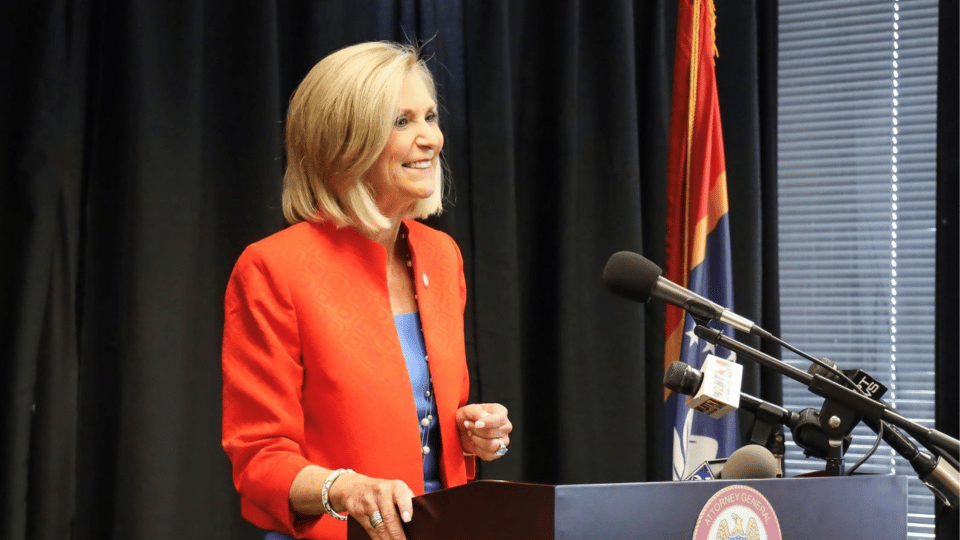 Mississippi’s Attorney General Lynn Fitch became the first State Attorney General to sign the Women’s Bill of Rights this morning in an effort to maintain single-sex spaces across the nation.

The statement, which is sponsored by the Independent Women’s Voice, aims to establish a legal basis for keeping areas such as locker rooms, athletic teams, domestic violence shelters, and sororities single-sex spaces.

“Feminism, once understood as the way to promote equality for women, is today disintegrating in an identity crisis of its own making,” said Fitch. “But it is not only legitimate for women to have a space of their own in which to grow and thrive, it is good for society to carve out that safe space for women to engage with one another in athletics, education, fellowship, and sometimes even in healing.”

Currently, the Women’s Bill of Rights has been signed by over 8,700 citizens in the United States.

Here is the full text of the Women’s Bill of Rights:

Whereas, males and females possess unique and immutable biological differences that manifest prior to birth and increase as they age and experience puberty;

Whereas, biological differences between the sexes mean that only females are able to get pregnant, give birth, and breastfeed children;

Whereas, biological differences between the sexes mean that males are, on average, bigger, stronger, and faster than females;

Whereas, biological differences between the sexes leave females more physically vulnerable than males to specific forms of violence, including sexual violence;

Whereas, females have historically suffered from discrimination in education, athletics, and employment;

Whereas, biological differences between the sexes are enduring and may, in some circumstances, warrant the creation of separate social, educational, athletic, or other spaces in order to ensure safety and/or to allow members of each sex to succeed and thrive;

Whereas, inconsistencies in court rulings and policy initiatives with respect to the definitions of ‘sex,’ ‘male,’ ‘female,’ ‘man,’ and ‘woman’ have led to endangerment of single-sex spaces and resources, thereby necessitating clarification of certain terms,

For purposes of state/federal law, a person’s ‘sex’ is defined as his or her biological sex (either male or female) at birth;

When it comes to sex, ‘equal’ does not mean ‘same’ or ‘identical’;

When it comes to sex, separate is not inherently unequal;

There are legitimate reasons to distinguish between the sexes with respect to athletics, prisons or other detention facilities, domestic violence shelters, rape crisis centers, locker rooms, restrooms, and other areas where biology, safety, and/or privacy are implicated;

Any public school or school district and any federal/state/local agency, department, or office that collects vital statistics for the purpose of complying with anti-discrimination laws or for the purpose of gathering accurate public health, crime, economic or other data shall identify each individual who is part of the collected data set as either male or female at birth.