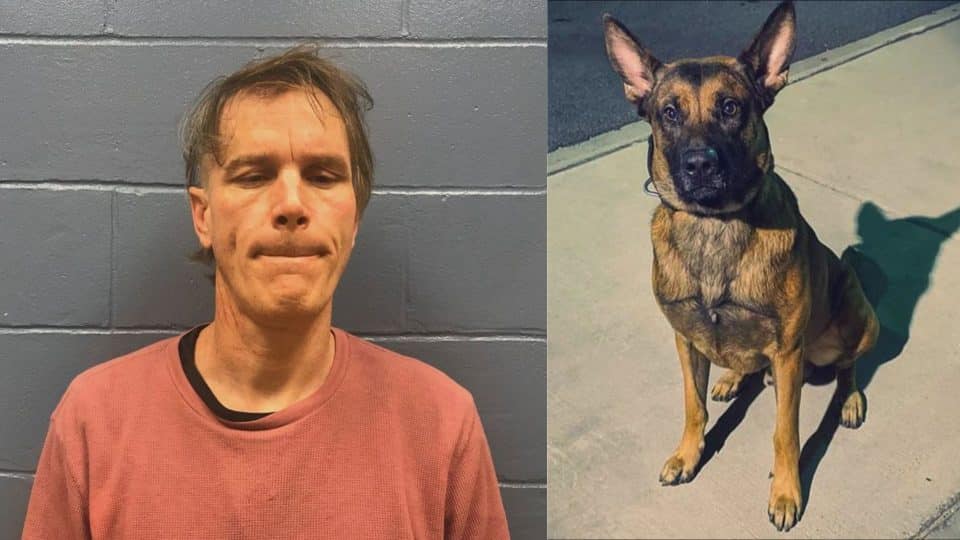 A Mobile, Ala. man has been sentenced to serve a total of 135 months in federal prison for possession of a firearm by a convicted felon, animal crushing, and escape.

On March 29, 2022, Moss Point Police responded to an alarm call at Tay’s BBQ/Shell Station located on Highway 63, where they began searching the area for the suspect, 44-year-old Richard Jerry McGuire.

According to police, McGuire was located behind another business before fleeing on foot when officers tried to approach him. Moss Point police K9 “Buddy” was released to track the suspect. Buddy pursued McGuire into a wooded area when officers heard two gunshots. Buddy returned to them with two gunshots in the chest.

Since then, K9 Buddy has made a full recovery.

On August 2, 2022, McGuire pled guilty to being a felon in possession of a firearm and animal crushing. Three days later, McGuire attempted to escape from the Pearl River County Adult Detention Center where he was being held without bond for the charges. He later pled guilty to the escape offense on November 29, 2022.

Your Mississippi forecast for Friday, January 13