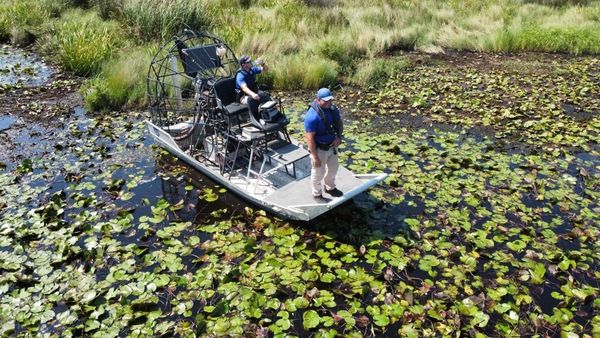 The alligator suspected of attacking and killing a Slidell man after Hurricane Ida has been captured.  The 12-foot, 504 pound gator was found near the spot where 71-year-old Timothy Satterlee went missing August 30th.  And they did find human remains in the gators stomach.  Satterlee had been walking in the floodwaters around his home when he was attacked.  His wife ended up witnessesing the horrific scene and had managed to pull him to safety.  When she realized the extent of his injuries she left for higher ground to try to get him some help.  But when she returned, he was gone.

The St. Tammany Parish Sheriff’s Department and several other agencies had been searching for the gator or Satterlee for weeks.

Thunder & Lightning: Is Memphis a Trap Game for Mississippi State?