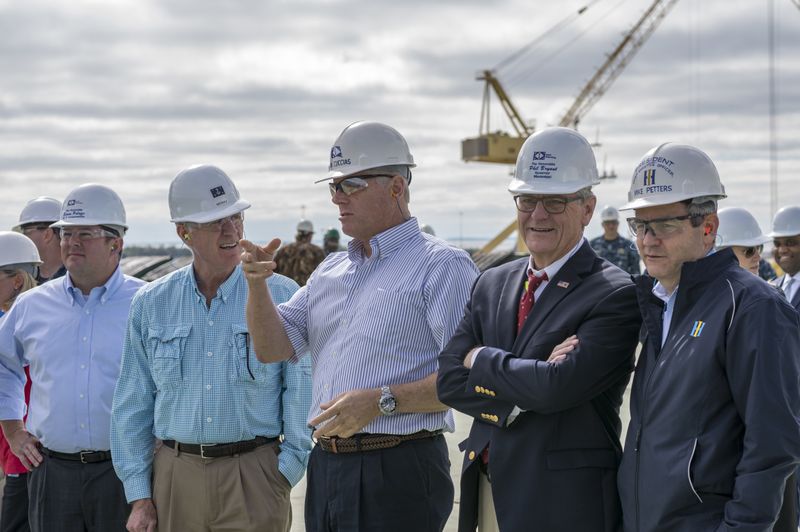 As lawmakers in Washington debate what to include in the infrastructure bill, Mississippi Senator Roger Wicker believe’s America’s shipyards need to be a part of the conversation.

Wicker cited a shortage of functional dry docks and aging equipment that’s been causing maintenance delays at the Navy’s four public shipyards.  He’s introducing the SHIPYARD Act, which would provide a total of $25-billion to help improve shipyard infrastructure.  The money would be appropriated under the Defense Production Act, giving the Navy the flexibility to ramp up operations on the most efficient timeline possible.

“As lawmakers consider ways to improve our nation’s infrastructure, the facilities that support our Navy fleet should be a part of the conversation,” Wicker said. “Congress has already taken the important step of committing to a larger Navy, but our shipyards are having trouble servicing today’s 296-ship fleet and are clearly insufficient to maintain the 355-ship or larger fleet we need to counter China, Russia, and other adversaries. Now is the time to provide our Navy leaders the support they need to grow and preserve our fleet for generations to come.”

The legislation would help to address a backlog of modernization, maintenance, and expansion projects the U.S. Navy has identified at public shipyards and provide the Navy flexibility to support capital improvement projects and other investments at yards that are critical to maintaining and growing the fleet. Projects identified by the Secretary of the Navy would include improvements to shipyard infrastructure, construction of new dry docks, and other items to enable these shipyards to keep pace with Navy needs for decades to come.

Among other provisions, the legislation would:

·         Invest $2 billion in commercial repair shipyards, subcontractors and suppliers that maintain the U.S. Navy fleet, allowing the Secretary of the Navy to fund key upgrades and infrastructure modernization projects to address current and future maintenance needs.

·         Invest $2 billion in commercial new construction shipyards, subcontractors and suppliers that build the U.S. Navy fleet, allowing the Secretary of the Navy to fund key upgrades and infrastructure modernization projects to meet current and future Navy capability and capacity needs.

·         Provide all funds via the Defense Production Act, removing typical fiscal year constraints on appropriations and increasing flexibility to enable the Secretary of the Navy to accelerate contract awards.

Walmart hiring up to 60 associates for New Albany distribution center