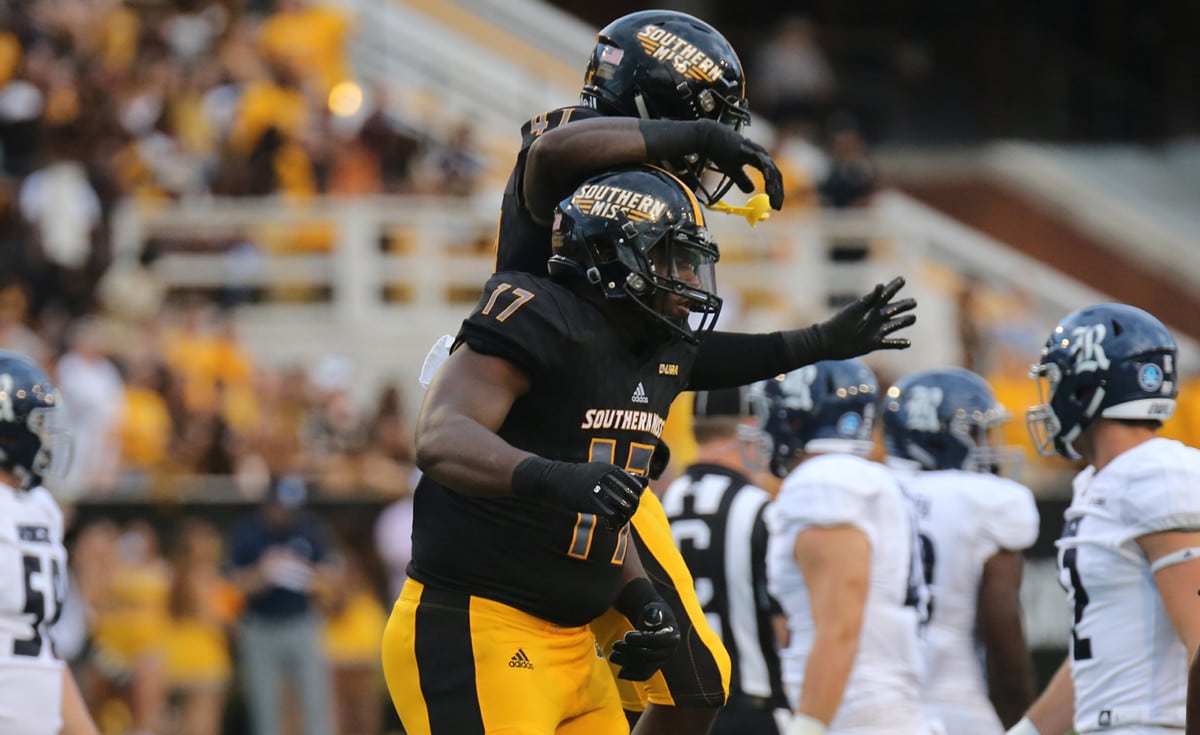 Southern Miss (7-5) and Tulane (6-6) will face off in tomorrow’s Armed Forces Bowl in Fort Worth.

Below, you’ll find the game time and television information, plus an in-depth preview and prediction.

It will be the two teams’ first meeting since 2010. The Golden Eagles and the Green Wave used to play yearly in a game historically known as ‘The Battle for the Bell’ with Southern Miss leading the all-time series 23-7.

While there may be a different trophy on the line, the battle for bragging rights remains the same.

Besides the two teams both competing in the Conference USA together from 1996-2013 (Tulane left for the AAC in 2014), there is a lot of familiarity between the two programs.

Southern Miss QB Jack Abraham was originally committed to Tulane as a high school senior, that is, until Willie Fritz took over as the Green Wave’s head coach in 2016.

One of Fritz’s first moves was pulling Abraham’s scholarship offer.

Abraham ended up at Northwest Mississippi Community College, leading the Tigers to a MACJC title game before transferring to Southern Miss, where he became the starting quarterback in 2018.

On the other hand, Tulane’s backup quarterback, Keon Howard, used to be the starting signal-caller for Southern Miss.

In 2017, Howard started seven games for the Golden Eagles, accumulating 1,380 yards and five touchdowns, before transferring to Tulane.

Howard was not able to win the starting spot for the Green Wave as LSU transfer Justin McMillan beat him out this past offseason.

The Green Wave have a strong rushing attack with six players over 200 yards on the ground. McMillan leads the way with 704 yards and 12 touchdowns, yet starting running back Corey Dauphine is not someone to overlook. The senior has rushed for 569 yards and seven touchdowns. More amazingly, he is averaging an AAC-leading 8.1 yards per carry.

Despite Tulane’s strong backfield, the Green Wave are not guaranteed a big day on the ground. Southern Miss boasts the 14th-best rushing defense in the nation, allowing just 111.8 yards per game.

At the wide receiver position, the Golden Eagles have much better options on the outside with Quez Watkins (55 receptions, 1,024 yards, 5 touchdowns) and Tim Jones (66 receptions, 840 yards, 3 touchdowns).

Tulane’s leading receiver is Darnell Mooney, who has 670 yards on 45 receptions and 5 touchdowns.

Quarterback-wise, both teams have one of the best field generals in their respective conferences. Abraham has thrown for 3,329 yards and 18 touchdowns, while the dual-threat McMillan has contributed 2,933 yards of total offense and 26 touchdowns.

Although Abraham didn’t play well down the stretch against Western Kentucky and Florida Atlantic, expect a chip on the redshirt junior’s shoulder and a big game from the former Tulane commit.

Defensively, Southern Miss has the advantage, and you know what they say? Defense wins ball games. I’m going with the Golden Eagles in a close one.