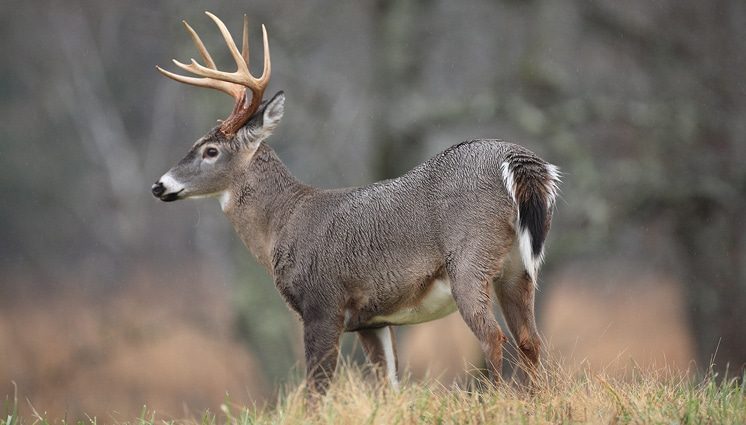 A controversial topic regarding the sale of whitetail deer to be placed in high-fenced enclosures is once again gaining momentum after a nearly decade hiatus.

While Mississippi law explicitly prohibits the buying and selling of whitetail deer, Attorney General Lynn Fitch noted what appears to be an exception based on the Mississippi Commission on Wildlife, Fisheries, and Parks’ authority over regulations of both commercial and non-commercial enclosures for wild animals.

The five-person commission originally reached out to Fitch for an opinion on the state law in October. She responded, saying that since the commission has plenary authority, they can legally promulgate a regulation allowing whitetail deer to be purchased and held within high-fenced enclosures — an opinion former Attorney General Jim Hood did not share when asked about the matter in 2013.

James Cummins, the executive director of Wildlife Mississippi, argues that Hood’s opinion is one that promotes the protection of native wildlife while Fitch’s interpretation of the law is one that puts the system of wildlife conservation in danger.

“By nature, conservation is conservative. The Jim Hood opinion is conservative. It puts our native fish and wildlife resources first and foremost in terms of protection,” Cummins said on SuperTalk Outdoors with Ricky Mathews. “Unfortunately, the most recent AG opinion, I feel like, was a very liberal approach to it. I don’t think we ended up in a system that it protects our native wildlife or is in the best interest of sportsmen and women in the state.”

What troubles Cummins is the probability that the deer will be used for paid hunting on private land if the state legalizes the sale of whitetail deer. He compared it to 17th and 18th-century England in which the king and his elites had all dominion over the country’s natural resources. Cummins fears seeing a system where common folks are stripped of the ability to enjoy hunting native wildlife just like their wealthy counterparts are able to do.

Cummins is also concerned that the commission already has enough votes to pass the regulation. However, he cited previous instances in Texas and Missouri where similar ordinances were initially passed but struck down by the states’ supreme courts.

“The regulations about enclosures in Mississippi are not so much about the enclosure. It’s about protecting native wildlife and the recreational economy, utilizing native wildlife. It’s not about the high fence. It’s about what the rest of us enjoy,” Cummins said. “There’s a system of checks and balances there. I think we’ll end up in a good spot, but I think we need to be watching what’s going on because taking wildlife and turning it back to the king, so to speak, is not what this country was founded on.”

According to Cummins, there are currently 780,000 hunters in Mississippi, and allowing big players to purchase whitetail deer and have people pay to hunt on their land would jeopardize traditional hunting in the state.

The full interview with Cummins can be watched below.