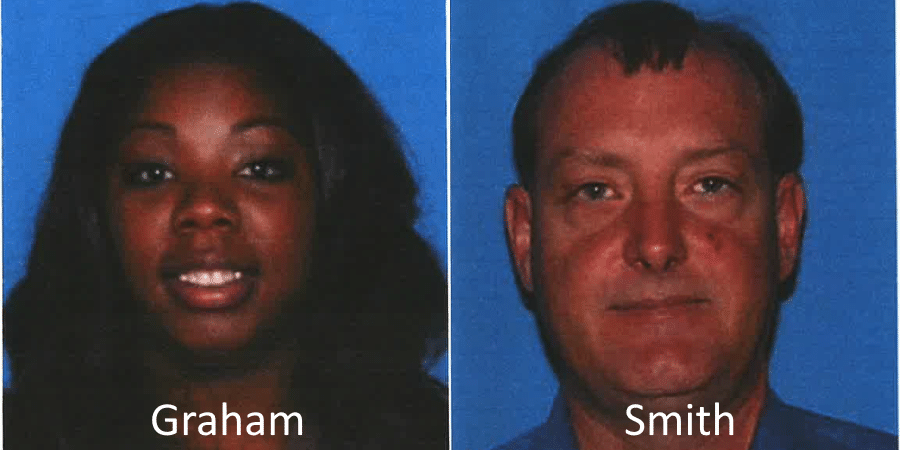 State Auditor Shad White announced Special Agents from his office have made two arrests in Hinds County. Former Hinds County employee Marketa Graham was arrested after being indicted for fraud. Special Agents also arrested Chris Smith, former Mississippi Board of Animal Health Director of Accounting and Finance, after he was indicted for embezzlement. Graham was issued a $9,661.44 demand letter upon her arrest. Chris Smith was previously issued a demand letter for $33,892.54.

Graham is accused of submitting fraudulent invoices for cleaning services from her own company to the Hinds County Board of Supervisors. Despite the invoices being submitted for payment to the Board of Supervisors, no work had actually been performed. Mississippi law would have prevented Graham or her company from being paid for these services even if they had been performed. Graham was able to submit the invoices because her job allowed her to manipulate the billing process.

Hinds County officials discovered and reported Graham’s purported scheme to the Auditor’s office after she had already been paid approximately $4,700 for one of the fraudulent invoices. No other invoices submitted by Graham’s company were paid.

“The message should be clear: we will have zero tolerance for theft of taxpayer money,” said Auditor White. “And we will always enforce the law with that principle in mind.”

Chris Smith was arrested after previously being served with a demand letter. He is accused of embezzling from the Mississippi Board of Animal Health. The State Auditor’s office has already recovered $25,000 from Smith’s surety bond.

Both Graham and Smith surrendered to Special Agents in Hinds County today. Bail will be set by the court.

A $50,000 surety bond covers Graham’s time as an employee of Hinds County. The Auditor’s office has already made a claim against Smith’s surety bond at the Board of Animal Health. Surety bonds are similar to insurance designed to protect taxpayers from corruption. Both will remain liable for the full amount of the demand in addition to criminal proceedings.