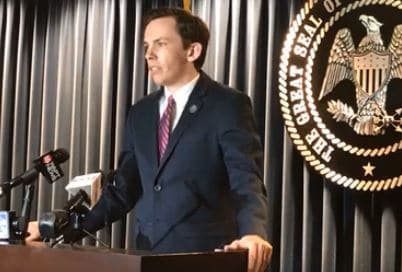 Kappi Allen was convicted of embezzlement in the Coahoma Circuit Court chambers of Judge Albert B. Smith, III. Allen was arrested in June 2019 after she stole over $90,000 from Coahoma County taxpayers. Judge Smith ordered her to spend 1 year on house arrest and up to 14 years on probation. Allen must also return the money she embezzled. She will not be able to handle public money again.

In addition to these cases, the Mississippi Office of the State Auditor recovered and returned over $140,000 to the city, county, or state agency where it was stolen. Over $17,000 was returned to Harrison County as part of a demand issued to Denise Gill. The Auditor’s office collected the entire amount of the demand issued to Herb Brewer and returned it to the Town of Walls in DeSoto County. Additionally, nearly $12,000 was recovered from William “Bill” Walker and Joe Ziegler and returned to the Mississippi Department of Marine Resources.

“Auditor’s office continues to work hard every day to protect your money. The early part of this year was marked by our large case at the Department of Human Services, but all government officials need to know we are watching, even if you don’t work at a big state agency, and our cases this month prove that,” said White.