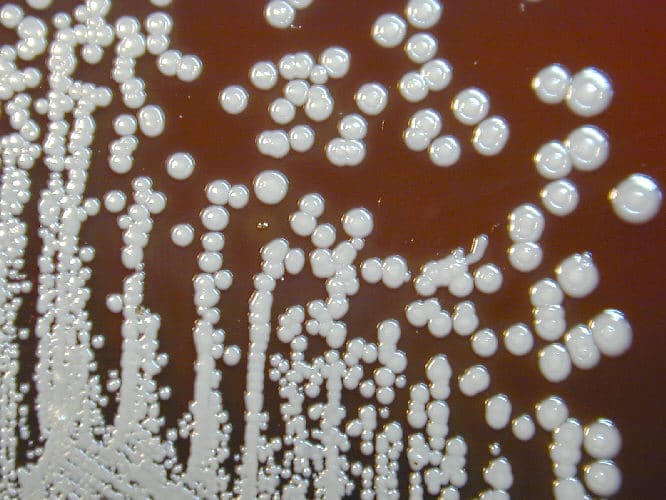 Photo courtesy of the CDC

The Mississippi State Department of Health (MSDH) has discovered an uncommon bacteria that’s never before been seen in the United States.

Through a joint investigation with the CDC, Burkholderia pseudomallei was identified on Wednesday along the Mississippi Gulf Coast. These bacteria can cause melioidosis, an infectious disease in both humans and animals.

The investigation was originally conducted after two individuals on the Mississippi Gulf Coast became sick with melioidosis, also known as Whitmore’s disease, two years apart. Soil samples around the patients’ homes tested positive for the bacteria, indicating that it’s been around the area since at least 2020.

According to State Epidemiologist Dr. Paul Byers, most cases of melioidosis in the U.S. occur due to travel to other countries where the bacteria have been known to normally occur.

“Typically, we see these bacteria in countries where the bacteria are endemic or where it normally occurs,” Byers explained. “Burkholderia pseudomallei normally occurs in tropical and sub-tropical areas like Southeast Asia or Central or South America. Because of the identification of this bacteria on the Mississippi Gulf Coast, persons at high risk for severe infection living on the Gulf Coast should take recommended precautions.”

Melioidosis is an infectious disease and is caused by direct contact with Burkholderia pseudomallei in contaminated soil or water. Symptoms include fever, joint pain, and headache. Infection can lead to pneumonia and blood infections.

Most healthy people who come into contact with Burkholderia pseudomallei never develop melioidosis. Individuals living on the Mississippi Gulf Coast who have chronic illnesses such as diabetes, chronic kidney disease, chronic lung disease, or excessive alcohol use may be at risk of severe illness from infection and need to take precautions to protect themselves.

Those at risk should: