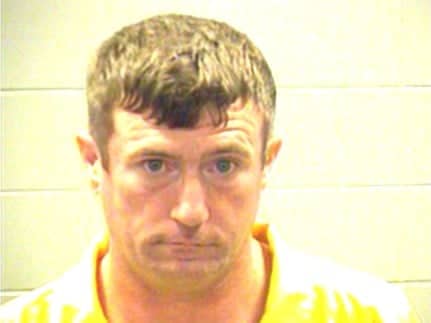 An Alabama man apparently thought he could rob the same bank twice, while out on bond for an earlier robbery.

Sheriff Mike Ezell says on March 12, 2021, Branch allegedly held up the same credit union. In that case, no one could identify Branch because he was wearing a hat, a hoodie, and a face covering. Ezell says when he showed up again Thursday afternoon, he was wearing a face covering and long sleeves. Neighboring business owners recognized the white pickup they said he drove in March. They called 911. When deputies got there, they searched Branch and found a note in his pocket implying he had a weapon to rob the bank. Sheriff Ezell says Branch also had a note in the March holdup and he is now charged with armed robbery in that case.

Before the holdups at Navigator, Branch was out of jail for the January, 2021 armed robbery at Singing River Federal Credit Union on Highway 63 in Moss Point. He used a threatening note in that robbery too.

Branch had his initial court hearing Friday before County Court Judge Mark Watts. The judge revoked the $50,000 bond Branch posted to get out of jail after the January 21 robbery at Singing River Federal Credit Union. Branch remains in the Jackson County Adult Detention Center.