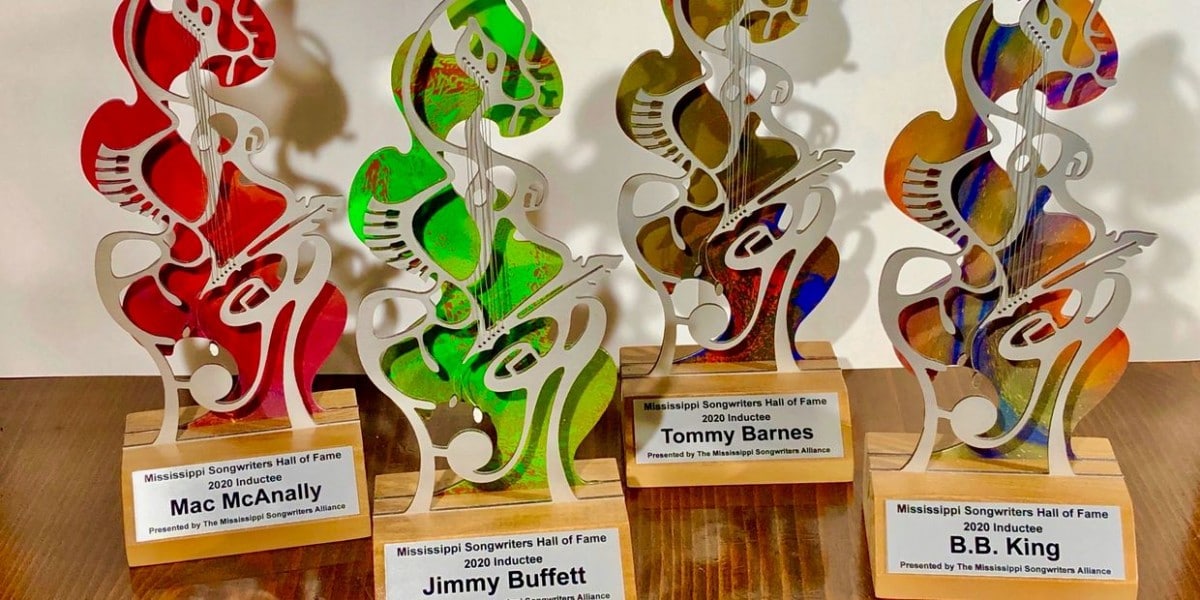 B.B. King isn’t commonly referred to as “The King of Blues” for no reason. As his fellow inductee, Mac McAnally, described him, King was “a phenomenal guitar player, a phenomenal songwriter, and one of the best blues singers ever on the planet.” Prior to his death in 2015, the Berclair native enjoyed a 65-year career that brought along with it an absurd amount of accolades, including 11 Grammy Awards and inductions into both the Blues Hall of Fame and the Rock & Roll Hall of Fame. Now, his induction into the Mississippi Songwriters Hall of Fame furthers that list. While King may be famous for hits such as “The Thrill is Gone” and “Every Day I Have The Blues,” what he will always be remembered for is his everlasting effect on music as a whole.

Through songs such as “Margaritaville,” “Come Monday,” and “Cheeseburger in Paradise,” Jimmy Buffett personifies the island lifestyle that we all, somewhere deep down, desire to have. Buffett, who was born in Pascagoula, has successfully translated his Gulf Coast roots into his music over the course of the last half-century, resulting (thus far) in eight gold albums. Buffett is also joined by fellow Coral Reef Band member Mac McAnally in this year’s Hall of Fame class.

Mac McAnally may be most known for being a member of Jimmy Buffet’s backing band, however, the Belmont native has done a whole lot more over the course of his 30-year career than simply work as Buffett’s top songwriter. Ever heard of “Back Where I Come From” by Kenny Chesney or “Old Flame” by Alabama? Yeah, McAnally wrote both of those chart-toppers as well. On top of his phenomenal songwriting ability, the 10-time CMA Musician of the Year award winner has also produced over 15 albums, including Once in a Lifetime, which was released earlier this year.

Born in Elvis’ hometown of Tupelo, Tommy Barnes is one of country music’s most under-appreciated songwriters. Before Tim McGraw became one of the genre’s highest-grossing vocalists, Barnes and McGraw crossed paths in Nashville, formulating a match made in heaven. The outcome of the friendship was McGraw’s first top 40 hit, “Indian Outlaw.” Barnes has also written songs recorded by artists such as Hank Williams, Jr., Tom Wopat, Tony Stampley, Jeff Cook, and Little Texas.

Reggie Bates was also posthumously inducted during the virtual ceremony for his contributing work as a founding member of the Mississippi Songwriters Alliance. To watch the 2020 Hall of Fame presentation in its entirety, click here.